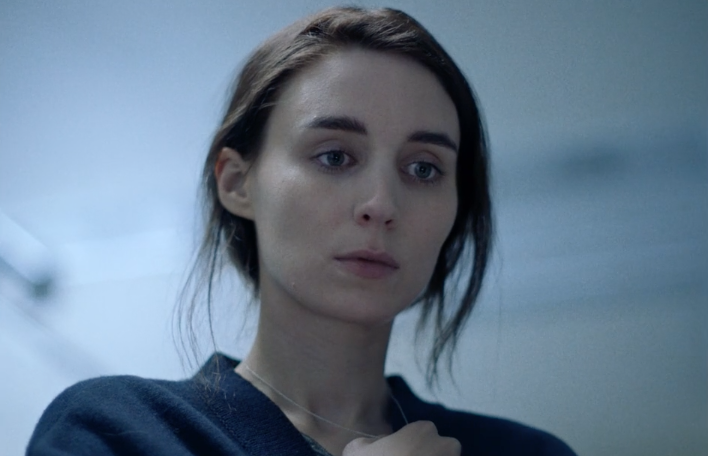 It wasn’t his directorial debut, but Ain’t Them Bodies Saints proved to be a major break-out for director David Lowery and he returned with Pete’s Dragon, one of the best studio films of last year. Now he’s back less than a year later, re-teaming with Rooney Mara and Casey Affleck with A Ghost Story, an small-budget, but immensely ambitious film that begins as a portrait of grief and transitions to something else entirely. Picked up by A24 before it even premiered at Sundance, they’ve now debuted the first fittingly ethereal trailer ahead of a summer release.

I said in my review, “The premise is a simple one. A man only credited as C (Casey Affleck) dies after a head-on car accident in front of his house, leaving behind his wife, M (Rooney Mara). After examining his corpse at the hospital, she leaves the room, and, covered by the white cloth over his body, his ghost rises up and returns home to observe the grieving widow he left behind. If one thought only a spooky, small-scale haunted house tale is to follow, David Lowery’s latest is proof that a premise is merely a foundation. Beginning with the beauty, patience, and humor of an Apichatpong Weerasethakul movie before segueing into the existential musings reminiscent of Richard Linklater dialogue, and then infinitely expanding its scope to become a stunning meditation on the passage of time, A Ghost Story is one of the most original, narratively audacious films I’ve ever seen.”

Check out the trailer below, but one may want to hit pause before the last few shots if you don’t want to be heavily spoiled. We’ve also embedded the song used in the trailer, Dark Rooms‘ I Get Overwhelmed.

With A Ghost Story, acclaimed director David Lowery (Ain’t Them Bodies Saints, Pete’s Dragon) returns with a singular exploration of legacy, loss, and the essential human longing for meaning and connection. Recently deceased, a white-sheeted ghost (Academy Award-winner Casey Affleck) returns to his suburban home to console his bereft wife (Academy Award-nominee Rooney Mara), only to find that in his spectral state he has become unstuck in time, forced to watch passively as the life he knew and the woman he loves slowly slip away. Increasingly unmoored, the ghost embarks on a cosmic journey through memory and history, confronting life’s ineffable questions and the enormity of existence. An unforgettable meditation on love and grief, A Ghost Story emerges ecstatic and surreal—a wholly-unique experience that lingers long after the credits roll.