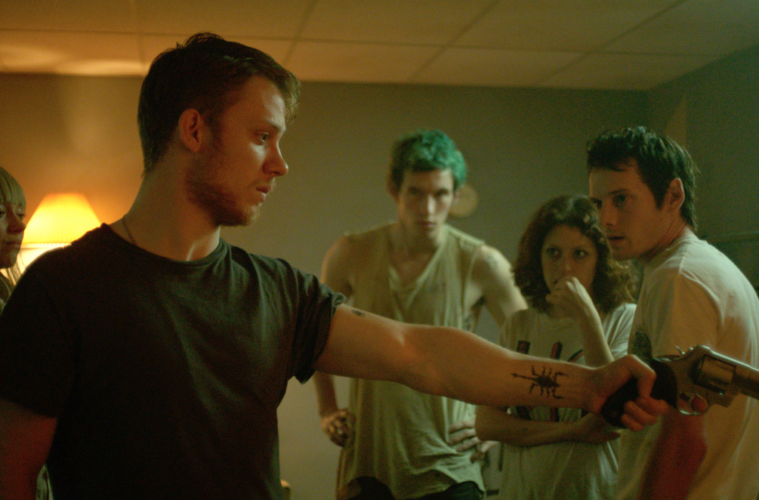 After breaking out with one of the finest independent features of its year, the thriller Blue Ruin, writer-director Jeremy Saulnier is back with Green Room. Premiering at Cannes last year, it’s taken a similar path as his last feature, stopping at most major festivals (including Sundance next week), before finally arriving in theaters this April. Today now brings our first teaser trailer hailing from the U.K., where it’ll be released in mid-May.

Starring Patrick Stewart, Anton Yelchin, Imogen Poots, Alia Shawkat, Joe Cole, Callum Turner, Mark Webber, Kai Lennox, Eric Edelstein and, reteaming with Saulnier, Blue Ruin star Macon Blair, the film follows a punk rock band who go up against some white power skinheads in a violent showdown. We were a bit mixed on it at Cannes, but if this intense first teaser has some appeal for you, you’ll surely want to seek it out in a few months. Check it out below, along with a clip if you missed it.