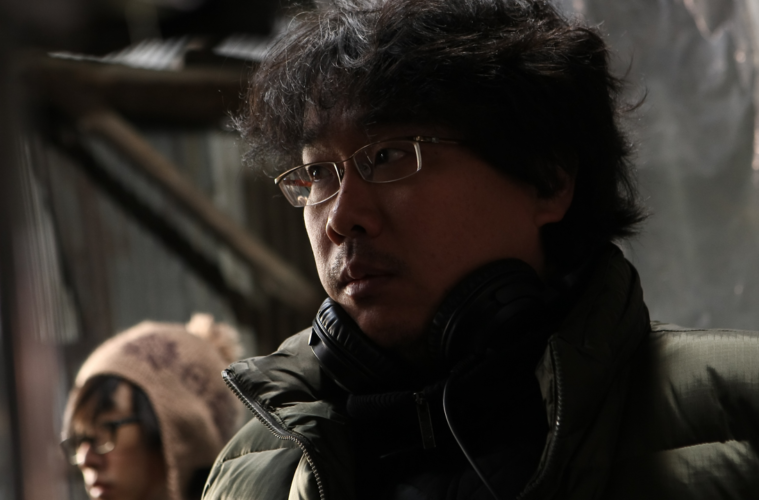 We’ll be sharing our most-anticipated films of 2013 soon, but as a preview, one film that will certainly be high on the list is Bong Joon-ho‘s Hollywood debut, the sci-fi thriller Snowpiercer. Set on a train featuring the last survivors on Earth, The Host director’s film has quite an ensemble, including Chris Evans, Tilda Swinton, Jamie Bell, Alison Pill, John Hurt, Ed Harris, Octavia Spencer and Song Kang-ho, and with The Weinstein Company picking it up for a US release the year, the marketing machine has finally kicked in.

They’ve released a fairly standard teaser poster, which confirms the title is indeed Snowpiercer (no space) and highlights the cast, but digging a little deeper, I found some more information regarding the adaptation of the French graphic novel Le Transperceneige from Jacques Lob and Jean-Marc Rochette. Stumbling upon a Korean teaser site, I discovered some new concept art featuring the passenger-filled inside quarters (likely representing the lower class, as the film deals with this power struggle) and outside of the train (featuring a frozen terrain).

Also uncovered was a photo of our director on set, along with some sort of ticket machine that was signaling an event on January 1st. With that date having passed, hopefully we’ll find out more information soon, but for now, one can see everything below, along with a piece of Marco Beltrami‘s stirring score for the site. Snowpiercer is set to be released in 2013, with a summer date rumored.