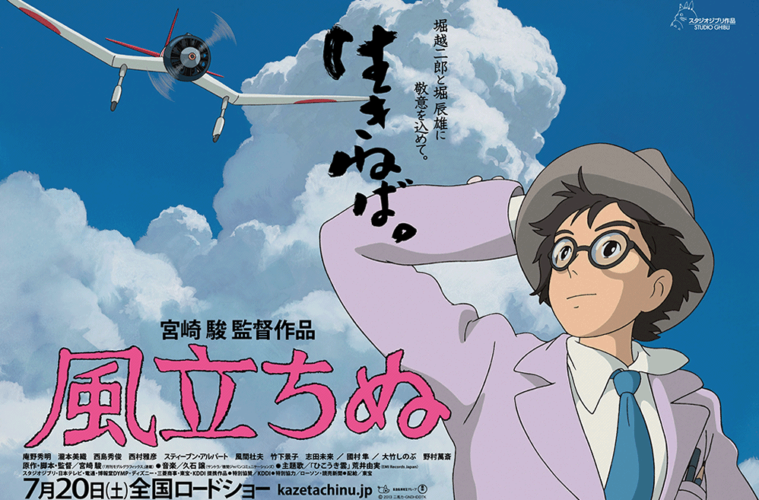 In less than one month, the lucky audiences in Japan will be able to witness the next film from Studio Ghibli mastermind Hayao Miyazaki, marking his first feature since 2008’s Ponyo. Titled The Wind Rises, we’ve received a variety of banners and posters, but now the first brief teaser has arrived for the project, which takes its inspiration from the director’s own manga and a novel by Tatsuo Hori.

Following Jirō Horikoshi, a man best-known for designing the Zero Fighter plane used in bombing Pearl Harbor, this teaser hit televisions in Japan (as one can tell from the overlays) and shows off our first footage of the plane and some gorgeous landscapes. Check it out below for the film featuring the voice acting of Hideaki Anno, Miori Takimoto, Steven Alpert, Morio Kazama, Keiko Takeshita, Hidetoshi Nishijima, Mirai Shida, Mansai Nomura and Masahiko Nishimura.