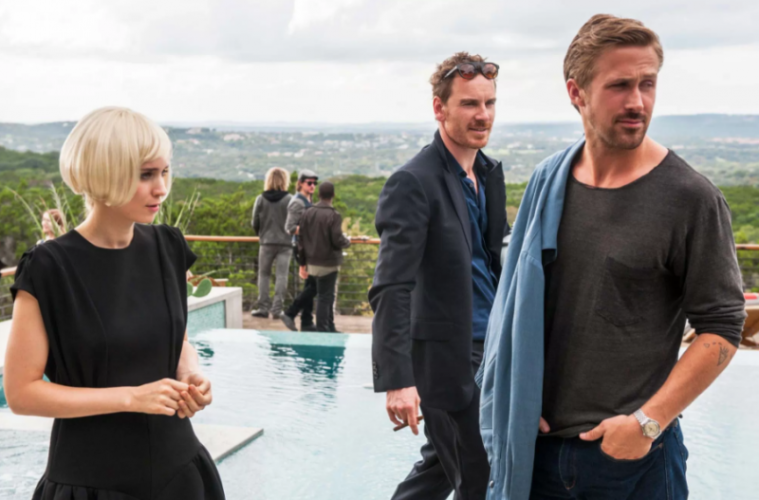 The first of two new Terrence Malick films this year will premiere in less than a month, and arrive in theaters in almost exactly four weeks. While we’re still waiting on the trailer for Song to Song, Broad Green Pictures have now unveiled its first poster ahead of an SXSW premiere. The film was recently rated R for “some sexuality, nudity, drug use and language,” and this colorful one-sheet features our main four leads behind an LP — fitting for the music-heavy project.

In this modern love story set against the Austin, Texas music scene, two entangled couples — struggling songwriters Faye and BV, and music mogul Cook and the waitress whom he ensnares — chase success through a rock ‘n’ roll landscape of seduction and betrayal.