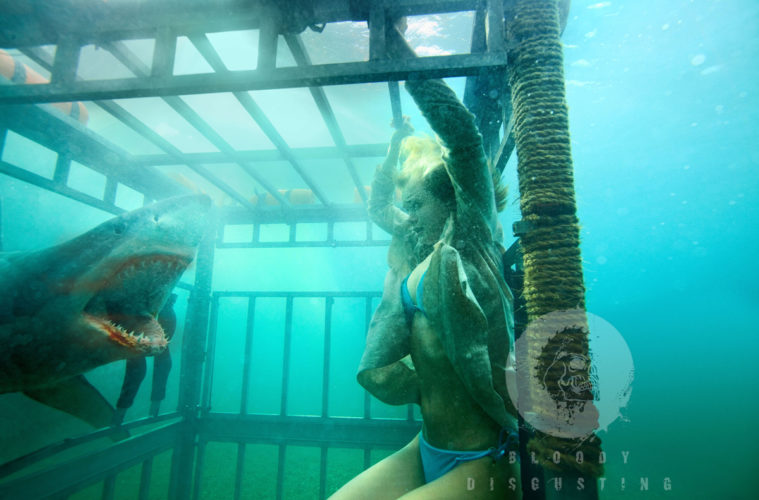 Ever since I saw Steven Spielberg‘s iconic Jaws at a young age, I’ve been terrified of sharks. Snakes on a Plane and The Final Destination director David R. Ellis hopes to evoke some similar feelings with his upcoming horror/thriller Shark Night 3D. With his tongue-in-cheek humor and a title like that, this seems to have no hopes of even touching that classic, but it could be a bit of fun.

It also looks like Ellis’ attempt to keep the title Untitled 3D Shark Thriller has failed. I was behind his campaign: “The title says everything you need to know: ‘We’ve got sharks.’ ‘It’s in 3D.’ and, ‘It’s a thriller.‘” But alas, we have our first official look from Bloody Disgusting featuring star Sarah Paxton getting into some bloody territory above. Check out the synopsis below and let’s hope this baby hits the highs of Piranha 3D. If not, we’ll still have Piranha 3DD this year. And if that fails, all hope is lost.

A weekend at a lake house in the Louisiana Gulf turns into a nightmare for seven vacationers as they are subjected to fresh-water shark attacks.

What do you think of the first still? Have you enjoyed any of Ellis’ films?