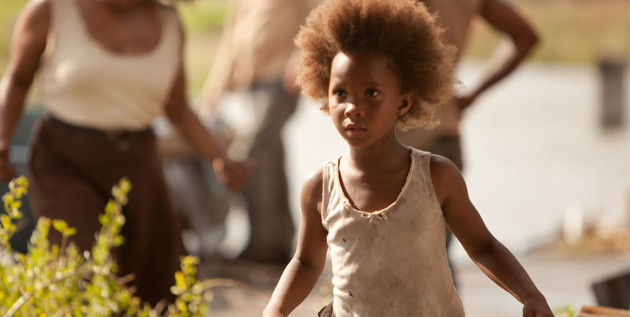 After working with a small cast for both Hunger and Shame, Steve McQueen and his go-to actor Michael Fassbender have teamed for their largest production yet with Twelve Years a Slave. Shooting is underway for the ensemble that already includes Chiwetel Ejiofor, Benedict Cumberbatch, Paul Giamatti, Paul Dano, Alfre Woodard, Garret Dillahunt, Lupita Nyong’o, Adepero Oduye, Scott McNairy, Sarah Paulson, Michael K. Williams, Chris Chalk as well as Brad Pitt, but now another up-and-coming actor has come aboard.

It isn’t often that casting gets revealed in a set photo, but today Beasts of the Southern Wild star Quvenzhane Wallis has been revealed to be in the ensemble. This will mark a re-team with Dwighty Henry, who is already part of the cast and played her father in Benh Zeitlin‘s fantastic drama that’s currently enjoying a healthy limited release. Based on Solomon Northup‘s  1853 autobiography, the film follows Northup (Ejiofor), who “was kidnapped and put in a slave pen, paving the way for a grueling life under numerous owners.”  Check out the still below via @lesterzeigler, also featuring our first look at Ejiofor. Expect a 2013 release for Twelve Years a Slave.