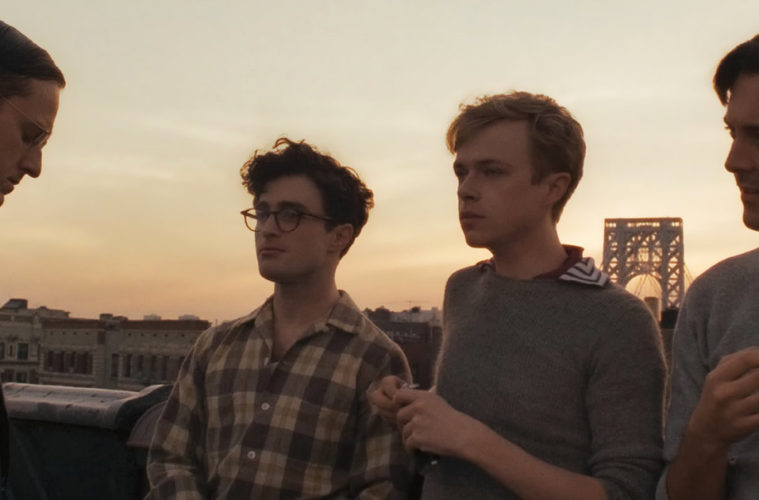 With Sundance Film Festival launching exactly a month from today, we’ve got two more first looks, both for highly-anticipated features. First up, yet another story of Allen Ginsberg is hitting screens, this time with Daniel Radcliffe portraying the iconic beat poet in Kill Your Darlings.

Directed by John Krokidas, above one can see our lead alongside see rising star Dane DeHaan (Chronicle) as Lucien Carr, while Ben Foster plays William S. Burroughs and Jack Huston (Boardwalk Empire) as a fitting Jack Kerouac. Also starring Michael C. Hall and Elizabeth Olsen, the film tells the story of a murder that brings the above four people closer.

We’ve also got a new look at one of the most ambitious projects hitting Park City, with Jane Campion‘s six-hour mystery drama Top of the Lake. Following one community’s search for a 12-year-old girl who, as it so happens, is five months pregnant, we already seen the first still but now another look has arrived, this time of Mad Men star Elisabeth Moss as the detective assigned to this case. Check out the still below via EW, who confirmed the project will be split into seven parts to air on the Sundance Channel this March.