First Look at Bradley Cooper and Carey Mulligan in Maestro 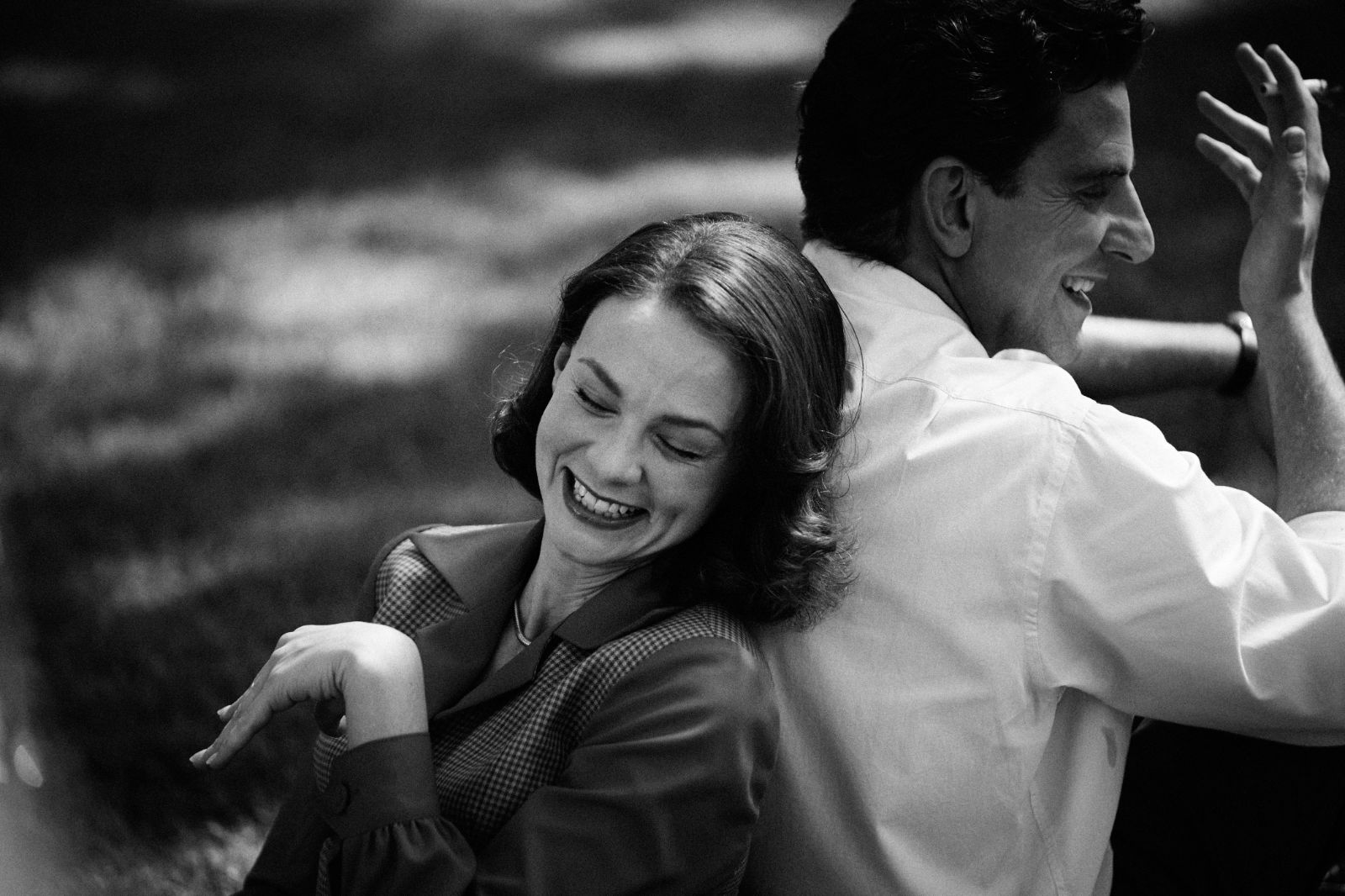 After not being seen on screen since 2018 in The Mule and in his directorial debut A Star is Born, Bradley Cooper had a major last year with two Best Picture nominees, Licorice Pizza and Nightmare Alley. He’s now embarked on his sophomore directorial feature Maestro and the first images have already arrived.

A biopic on the life of composer and conductor Leonard Bernstein, which focuses on his marriage to Felicia Montealegre, the cast includes Cooper as well as Carey Mulligan, Batt Bomer, and Maya Hawke. With a producing team that also features Martin Scorsese and Steven Spielberg, Cooper scripted the project with Josh Singer (The Post, Spotlight, First Man).

Production is now underway in NYC under the name Rybernia, which hints at a fictional world Bernstein created as a child. An open casting notice has also been posted, revealing the film will take place in the 1940s, 70s, and 80s. The first images, in which Cooper undergoes quite a transformation, indicate the early portion of the film is shot in black-and-white and the later decades in color.

See the images above and below.

Maestro will be released via Netflix, but no date has been announced yet.