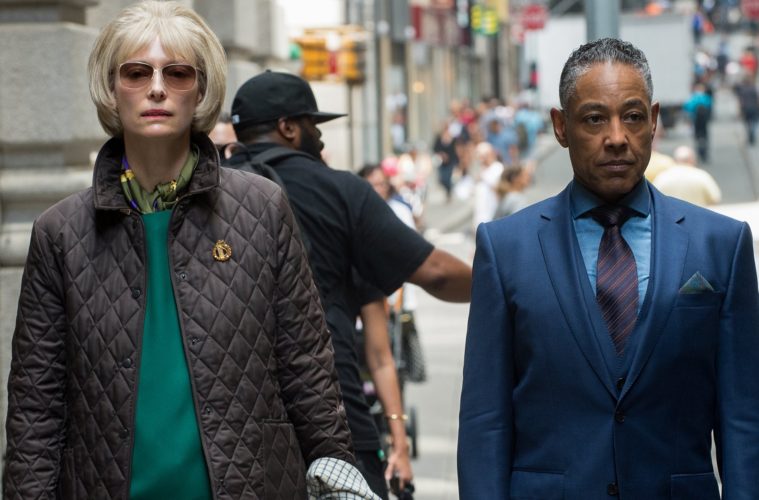 It doesn’t quite measure up to the incredible set photos, but above, see the first official look at Tilda Swinton (Nancy Mirando) and Giancarlo Esposito (Frank Dawson) in Bong Joon-ho‘s Okja, arriving on Netflix in 2017.

Park Chan-wook‘s The Handmaiden will hit theaters on October 14. See our Cannes review.

Ahead of a Criterion release, Krzysztof Kieślowski‘s Decalogue will hit theaters nationwide thanks to Janus Films:

The complete 10-part epic, newly-restored on the occasion of the 20th anniversary of Kieślowski’s death, will begin its US theatrical run at the IFC Center in New York on September 2nd, Los Angeles on September 17th at Cinefamily, and will be accompanied by a national roll out to 20+ cities, followed by the Blu-ray and DVD release on September 27th.

Originally made for Polish television, Dekalog focuses on the residents of a housing complex in late-Communist Poland, whose lives become subtly intertwined as they face emotional dilemmas that are at once deeply personal and universally human. The series’ ten hour-long films draw from the Ten Commandments for thematic inspiration and an overarching structure, and grapple deftly with complex moral and existential questions concerning life, death, love, hate, truth, and the passage of time. Shot by nine different cinematographers, written alongside longtime collaborator Krzysztof Piesiewicz, with stirring music by Zbigniew Preisner and compelling performances from established and unknown actors alike, Dekalog arrestingly explores the unknowable forces that shape our lives.

This new digital transfer of Dekalog was sourced from the 35mm original camera negatives provided by Telewizja Polska and stored at Filmoteka Narodow. When possible, the restoration of each episode was supervised and approved by its respective cinematographer.

Jane Birkin will be celebrated at the Locarno Film Festival, Variety reports.

Kristen Stewart shares her love for The Lobster with Metro‘s Matt Prigge:

I love that movie so much. I’m going to meet up with the director [Yorgos Lanthimos]. What I thought was trippy — and I don’t know how I would fit into this as an actor — was every line in that movie was a metaphor. Nobody’s really feeling it. He creates an environment that is such a suspended reality. I’ve never seen anyone do that. And then I wonder for the actors what that must have felt like. Because you’re really constructing something. I’ve never really worked like that.

After reading our interview with Daniels, the directors of Swiss Army Man, check out their recent talk: