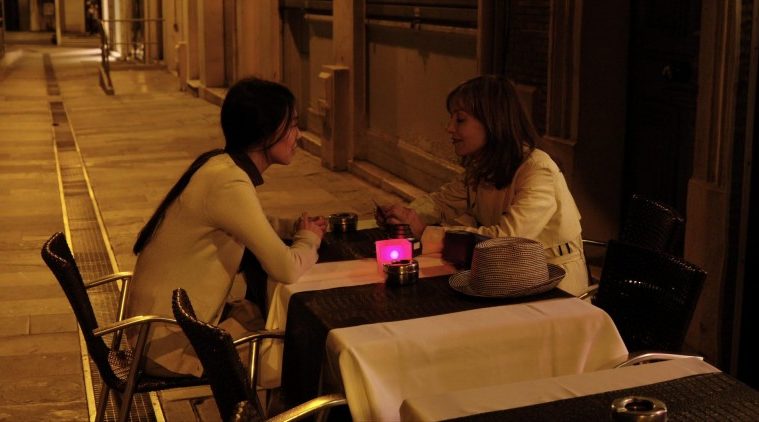 After bringing one of the year’s best films so far to Berlinale with On the Beach at Night Alone, Hong Sang-soo is returning to Cannes with not only his second of 2017, but his third as well. Premiering as a Special Screening is a film he actually shot at the festival, Claire’s Camera, which stars Isabelle Huppert and Kim Min-hee, following a part-time high school teacher and writer. Also starring Shahira Fahmy and Jung Jin-young, one can see the first images above and below.

As for his other film, The Day After, it will be premiering in competition at the festival. Also starring Kim Min-hee, along with Kwon Hae-hyo and Kim Sae-byeok, not much is known about the project, but judging from the first still, it looks to be in black-and-white. Check out the images below and return for our reviews of both films in the coming weeks.