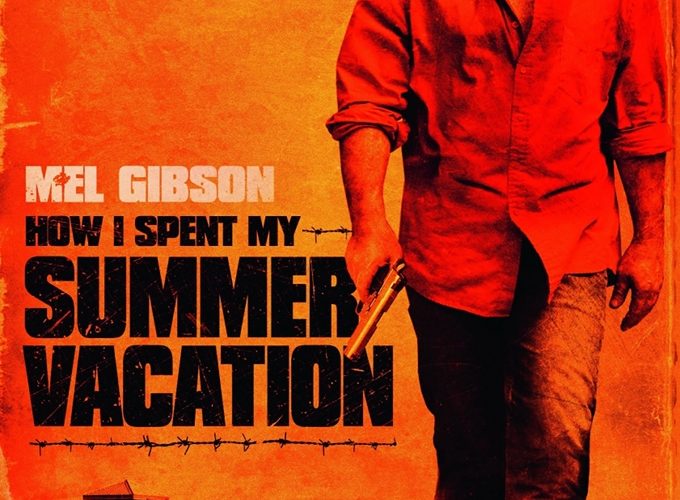 With Mel Gibson‘s dramatic return in The Beaver this spring, some thought he could head back into the spotlight and was ready to be forgiven for his actions. It turned out to be the exact opposite, with Jodie Foster’s drama flopping, not even crossing $1 million at the domestic box-office. So with that not working out, what is next for Gibson?

He is attached to a heist comedy titled Sleight of Hand, and plans to make a film about a Jewish warrior. But he already wrapped an action film that hasn’t seen the light of day. Helmed by his Apocalypto and Edge of Darkness second-unit director Adrian Grunberg, the action/drama is How I Spent My Summer Vacation.

Gibson co-stars with Peter Stormare and there hasn’t been a peep about US distribution. But out of the blue today we were sent the first official image as well as the first poster, the latter coming from RecentMoviePosters (via The Playlist). The poster states a summer 2012 release, but that is certainly difficult if you don’t have a distributor yet. Check out the synopsis below, along with the poster and then the first image above. A career criminal (Gibson) nabbed by Mexican authorities is placed in a tough prison where he learns to survive with the help of a 9-year-old boy.

Would you see a Mel Gibson action movie? What do you think of the first image and poster?