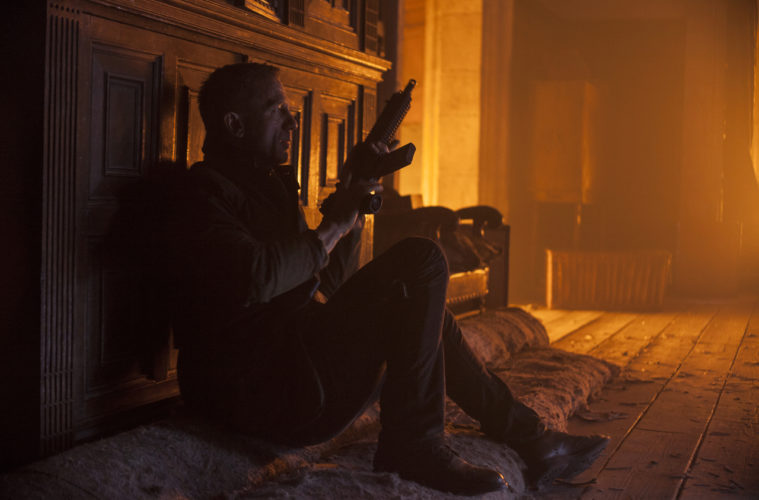 It’s pretty obvious by now that most semi-serious blockbusters certainly have Christopher Nolan‘s The Dark Knight in their minds in development, but now Sam Mendes has finally come out and confirmed all of our suspicions. In an interview with Indiewire, the filmmaker called out Nolan as an influence, saying,”in terms of what he achieved, specifically The Dark Knight, the second movie, what it achieved, which is something exceptional. It was a game changer for everybody.”

He also went on to discuss the state of the industry, which can be seen below. Following that, we’ve already told you it’s one of the best films of the year in our full review, but if you need more convincing check out a new, likely final two-minute trailer below. We’ve also shared the 12:01 IMAX poster, which will be given out at midnight screenings, kicking off on November 8th, a day earlier than the wide release.

We’re now in an industry where movies are very small or very big and there’s almost nothing in the middle And it would be a tragedy if all the serious movies were very small and all the popcorn movies were very big and have nothing to say. And what Nolan proved was that you can make a huge movie that is thrilling and entertaining and has a lot to say about the world we live in, even if, in the case with The Dark Knight, it’s not even set in our world.

If felt like a movie that was about our world post-9/11 and played on our fears and discussed our fears and why they existed and I thought that was incredibly brave and interesting. That did help give me the confidence to take this movie in directions that, without The Dark Knight, might not have been possible. Because also, people go, ‘Wow, that’s pretty dark,’ but then you can point to Dark Knight and go ‘Look at that – that’s a darker movie, and it took in a gazillion dollars!’ That’s very helpful. There’s also that thing – it’s clearly possible to make a dark movie that people want to see. Skyfall opens everywhere on November 9th, but you probably knew that by now.