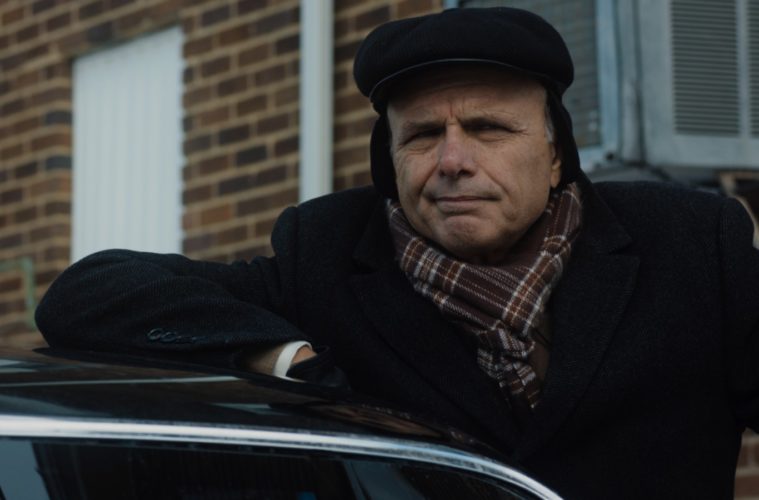 ‘Feast of the Seven Fishes’ Review: A Good-Humored if Clichéd Cinematic Meal

Titled after the Southern Italian tradition that made its way across the Atlantic to become a part of many Italian-American families’ Christmas Eve celebrations, Robert Tinnell’s adaptation of his own graphic novel/recipe book Feast of the Seven Fishes does well to center itself upon its food even if the people eating it prove the real focal point. It’s probably not a coincidence then that most of our attention is specifically spent on seven teens with a direct or peripheral connection to dinner at Grandpa Johnny’s (Paul Ben-Victor). What transpires wouldn’t be the same without each of them participating similar to how the meal couldn’t survive the removal of a single seafood favorite. And as the fish follow the baccalà’s culinary lead, the characters find themselves taking their cues from Tony (Skyler Gisondo).

He’s a bit of an outlier in the family considering his father (Tony Bingham’s Tony Sr.) works hard at the butcher shop Johnny built while his uncle (Joe Pantoliano’s Frankie) dabbles in less savory exploits (Tinnell leaves the details to our imagination). Despite doing what he believes they want (attending business school to take over for his Dad), Tony’s dream is going to art school in Pittsburgh. Too scared to broach the subject with those he’s already presumed will say “No,” he considers taking his cousin Angelo (Andrew Schulz) up on an offer to get drunk. Tony can either wallow in “what ifs” or try hitting it off with the friend (Madison Iseman’s Beth) Angelo’s girlfriend (Jessica Darrow’s Sarah) is bringing along. He chooses the latter. That’s four teens off the board with three to go: Tony’s spoiled and horny younger brother Vince (Cameron Rostami), intellectually eccentric (I think they’re going for Asperger’s) friend Juke (Josh Helman), and hasn’t-moved-on ex-girlfriend Katie (Addison Timlin). These three obviously impact Tony’s motivations, but Tinnell does his best to also give them each as complex an arc as possible considering his sprawling cast still includes Johnny and Frankie’s brother Carmine (Ray Abruzzo), the trio’s mother (Lynn Cohen’s Nonnie), Beth’s current doghouse-residing boyfriend (Allen Williamson) and domineering matriarch, and Italian heritage itself. Some of the transitions back and forth are awkward at best with plenty of time spent on people whose purpose won’t arrive until later, but an infectiously endearing charm gets us through nonetheless.

Anyone with a big family will relate to the antics of the old men and the ever-skeptical eye given to newcomers daring to walk through the door without knowing what to expect. Stereotypes arise in a good-humored way while some overt clichés like the contrast of Angelo being a womanizer and Tony a nice guy rear their head too. The characters are familiar in this respect—relatable in their barbed love for one another and anxiety as far as living up to expectations. It isn’t solely Tony, however, as Beth also falls prey to the unwritten law of keeping her WASP upbringing intact with an Ivy League education, rich husband, and housewife future. Them being strangers lets them be themselves for the first time in forever. It’s fun getting to know them in this fashion because their personalities don’t need to be reined in. So when Tony takes this double date on the road to stop his ex Katie from making a mistake, it’s handled in a way that allows Beth to appreciate the gesture if not the circumstances. That the whole thing between Tony and Katie feels weird isn’t a mistake either since his unwavering boy scout kindness is as much a cause of Katie’s refusal to let go as her own desire. His failings masked as empathy might not be called out enough to prevent the film from glorifying his actions as those of a saint compared to the other men, but things would be worse if it wasn’t acknowledged at all.

This is Feast of the Seven Fishes in a nutshell. It embraces its saccharine heart a little too much before combating it with carefully placed and much-needed reality checks. That’s an intentional choice on behalf of Tinnell too since he allows his characters to talk about Christmas and what it means to them beyond the manufactured notion of its purpose to the capitalist machine. Tony and Beth ultimately fall prey to its sentimentality and the fantastical bubble of holiday cheer that surrounds them for three magical days of reprieve from their troubles. They want to believe whatever is forming between them is genuine even if they realize they’ll inevitably have to go back to the lives predicated on lies that they’re living the rest of the year. Angelo and Sarah push them towards this alluring mirage because they know their counterparts are down in the dumps and in need of a win—fleeting or not. And maybe that’s all Tony and Beth are looking for too until showing each other exactly what they’ve been missing in past relationships. Nonnie is present to deliver the “evil eye” and add some push back to the fantasy while Vince and Juke conveniently arrive whenever the script needs to deal with Katie’s very real struggles away from the main plot. The latter trio unfortunately gets short-changed as a result because they are mainly here to provide stop-gap exposition, but each has his/her crucial moment of relevance to validate the additional screen-time. They bring some laughs too.

And at the middle of it all is the dinner simultaneously serving as a safe haven, welcome escape, and memory of better times. It doesn’t matter how many subplots are rolling through because Christmas Eve slows things down in order to make the camaraderie of preparing the fish an excuse to go into a trance of unadulterated joy. Johnny invites Beth in with open arms (even if Nonnie doesn’t) as Juke and other family friends arrive to help and eat. Tinnell captures the warmth of kinship and tradition while displaying the truly unique immigrant experience of putting down roots and working to improve life for future generations. We should all aspire to experience that much love because nothing calls out its absence more than remembering its abundance.

Feast of the Seven Fishes opens in limited release and on-demand on November 15.