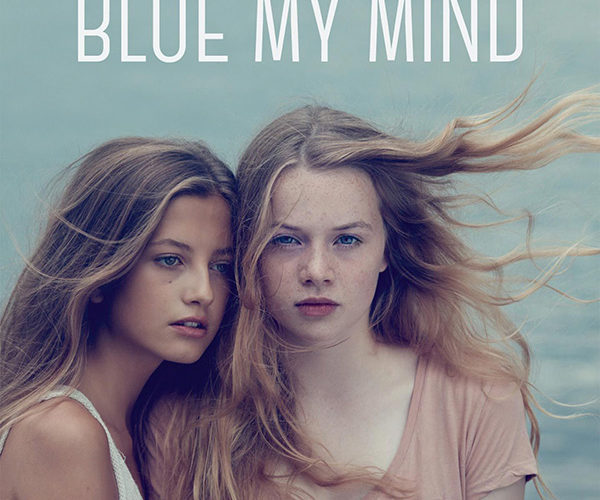 Fantasia Review: ‘Blue My Mind’ Melds the Insecurities of Adolescence with Body Horror

Adolescence is a metamorphosis from youth to adulthood — a time defined by its constant state of flux physically, emotionally, and psychologically. Puberty is the backbone to this period because of the changes it inflicts. It alters our hormones and appearance while also providing a moment with which to be reborn. To shed your skin, so to speak, by putting the past behind you in order to embrace a future you can define. Rebelliousness is therefore a common theme as we reconcile who we want to be with what we believe society and/or our peers demand. Add an upheaval to a new city thanks to the parents your age holds you subservient towards and/or a fresh appetite for flesh (carnally or otherwise) and objective beauty can become subjective nightmare.

This is where the awkwardness sets in as well as the pain experienced due to changing friends, interests, and desires in a bid to augment your evolution if not a natural progression forward. We’ve all been on both sides of this truth — some more than others thanks to circumstances outside of their control. Mia (Luna Wedler) is just such an example, starting her life over again midway through a school year without one familiar face to hold onto besides the two people who forced it upon her (Regula Grauwiller’s mom Gabriela and Georg Scharegg’s dad Michael). She wants to make them angry by aligning herself with the “cool” crowd. She wants them to feel as though they’re drowning inside their home because she feels it everywhere else.

Writer/director Lisa Brühlmann wonderfully depicts Mia’s insecurities and frustration at the beginning of her film Blue My Mind. She shows the raw appeal of Gianna (Zoë Pastelle Holthuizen) and her clique of can’t-be-bothered underachievers reveling in the freedom imperfect yet wealthy households provide their young. But she never fails to point out Mia’s trepidation whether it’s because she’s scared Gianna will reject her desire to join or because she’s unsure it’s truly what she wants. Once a part of her circle, however, a confident smile takes over. We are nothing if not malleable and the fastest route to assimilation is acceptance. Unfortunately that which we rejoice about achieving can also easily create increased pressures where sustaining our newfound status is concerned. One false move and everything topples to the ground.

This is where Brühlmann introduces body horror elements to what appeared just another coming-of-age drama. It starts with the fusion of Mia’s toes the day of her first menstruation cycle and continues with a dark rash gradually overtaking her legs. Just as her sexual awakening takes hold courtesy of the lifestyle Gianna, Nelly (Lou Haltinner), and Vivi (Yael Meier) supply with drugs, alcohol, and hook-up websites, her beauty becomes marred by an unknown ailment. And either way you slice it, this thing wresting away control of her body renders her a freak. Classmates see it as an excuse to label her a pariah to avoid and doctors find an inherent fascination to change their interest from curing a patient to studying a curiosity. Mia is completely alone.

Or so it would seem. What makes Blue My Mind different from the pack of recent female-led, foreign-language supernatural tales of adolescent horror (see Raw and Thelma amongst others) is that Mia’s fear prevents her from involuntarily pushing everyone away. Too often these films want to watch their lead devolve into their metaphorical, hunger-driven monster. They want to highlight the power their character possesses to embolden her against a misogynistic world above the impact these changes cause her in the present. Brühlmann conversely makes certain every new revelation and action is a product of Mia’s terror towards herself. Before she can even begin to embrace what’s happening, she must combat the intrinsic, embarrassed mortification it causes her at a time when external appearance is crucial for approval.

That’s why what’s onscreen is so relatable. It doesn’t pretend our final form is what we need or want without reservation. I know thirty-year olds still unsure of their identity regardless of where life has taken them post-teenage angst. Brühlmann realizes that the process to become who we’re destined to be is long, tumultuous, and never how we expect. We fight back — perhaps not with scissors, gauze, and Band-Aids like Mia, but you get the idea. And when the futility of our situation presents itself, sometimes we move toward self-destruction instead. If we can’t go back to how things were, we throw ourselves headfirst into what we could be before the changes appearing ready to prevent even that cement into place. It’s a wonder any of us survive.

Wedler delivers a fantastic central performance moving between sorrow, rage, and panic within a constant state of anxiety. Her Mia is possessed by guilt and regret as actions get away from her. But things can only get worse when those traits disappear. Once we stop feeling bad about the terrible decisions we’re making, we risk being lost to them with no avenues towards a return. And that’s why it’s so refreshing to see a character like Holthuizen’s Gianna become a surprising voice of reason. This ringleader of excess and hedonism isn’t your stereotypical “mean girl” devoid of her own origin. She’s given the same complexity as Mia: the same sexual curiosity, nihilism, and empathy. We can’t always stop ourselves, but we strive to help those caught along our same path.

Gianna is therefore less a voice of reason than one of understanding. She may not be going through the same wildly implausible transformations as Mia, but it doesn’t diminish her own. This is the show of compassion that’s lacking in today’s world — the realization that humans who look nothing alike and live within cultures as foreign as possible are going through identical experiences removed from artificial façades that so scare us. We all find our own progression revolting at times because we’re caught in the middle of something we can’t control nor presume to guess the outcome. Only in hindsight do we look back and acknowledge the beauty of it all. Only when the pain ceases do we wonder how we could have ever hoped to stop it.