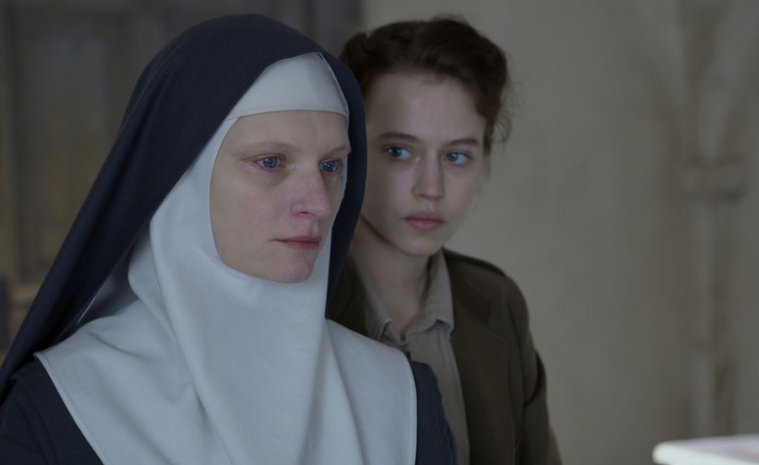 The first trailer for Anne Fontaine‘s (Gemma Bovery, Adore) latest feature The Innocents (alternatively titled Agnus Dei) depicts the struggle of a young Red Cross doctor in Poland, 1945, who realizes several nuns are pregnant when she goes to assist survivors of a German camp.

With largely locked down compositions mixed with controlled, gliding shots, the imagery is reminiscent of 2014’s wonderful Ida. However, The Innocents has a more vintage, grainy filmic quality that lends itself to its darker, cooler color palette and low light imagery.

We said in our review: “Despite an ending that is far too obvious and tidy, Agnus Dei is a moving drama about the struggle to keep one’s faith in the most difficult of situations. Also working as an allegory for humanity’s enduring difficulty to stay true to one’s ideals when a quandary is thrown in the mix, Agnus Dei is a compelling deconstruction of how to cope and rebuild.”

Along with a poster, see the trailer below.

Poland, December 1945: World War II is finally over and Red Cross nurse Mathilde is treating the last of the French survivors of the German camps. When a panicked nun appears at the clinic one night begging Mathilde to follow her back to the convent, what she finds there is shocking: a holy sister about to give birth and several more in advanced stages of pregnancy. A non-believer, Mathilde enters the sisters’ fiercely private world, dictated by the rituals of their order and the strict Rev. Mother (Agata Kulesza, Ida). Facing an unprecedented crisis of faith, the nuns increasingly turn to Mathilde as their belief and traditions clash with harsh realities.

The Innocents will have a limited U.S. theatrical open on July 1st.