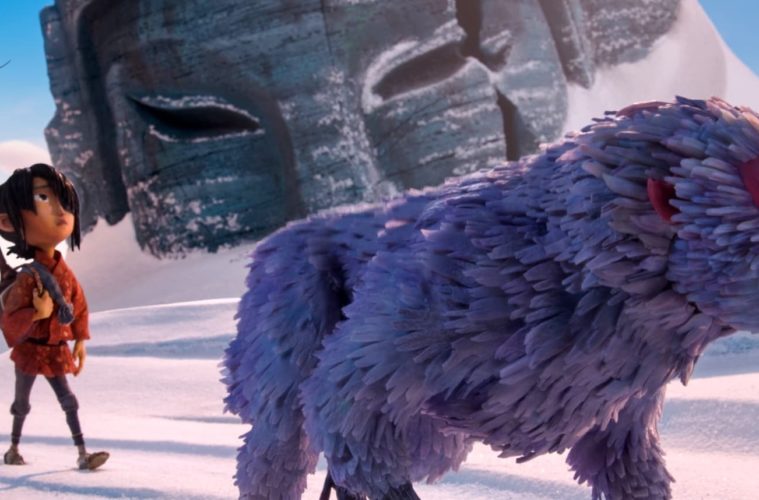 Laika is finally back this year as Travis Knight’s debut animated feature Kubo and the Two Strings arrives later this month and, in conjunction, Focus Features have released an extremely clever piece of marketing. A new interactive map has been shared via YouTube, which allows the user to click nine points on a gorgeously rendered map, allowing them to glide through treacherous seas, beautiful villages, and an ominously titled Hall of Bones. Each point tells a portion of Kubo’s journey, and explores some of the mythos of that particular area. This is a smart way to extrapolate the textured realm in a different way than the trailers have previously shown.

Akin to the outside-the-box marketing of Pete’s Dragon, it’s refreshing to see time and effort put into the anticipation of a film, as opposed to the standard teaser for a teaser, followed by an actual teaser, then three trailers, and a by-the-books behind-the-scenes featurette template that has been plaguing most marketing, especially this summer  This instead suggests care for the product — which, you know, is supposed to be art — and a confidence in the studio that their film is worth their time, and more importantly, yours.

See the full map below (hint: don’t turn off annotations) before its release this month, as well as Dario Marianelli‘s entire score, featuring Regina Spektor‘s cover of “While My Guitar Gently Weeps,” which plays over the film’s closing credits, and there’s also a music video for it.

Young Kubo’s (Art Parkinson) peaceful existence comes crashing down when he accidentally summons a vengeful spirit from the past. Now on the run, Kubo joins forces with Monkey (Charlize Theron) and Beetle (Matthew McConaughey) to unlock a secret legacy. Armed with a magical instrument, Kubo must battle the Moon King (Ralph Fiennes) and other gods and monsters to save his family and solve the mystery of his fallen father, the greatest samurai warrior the world has ever known.