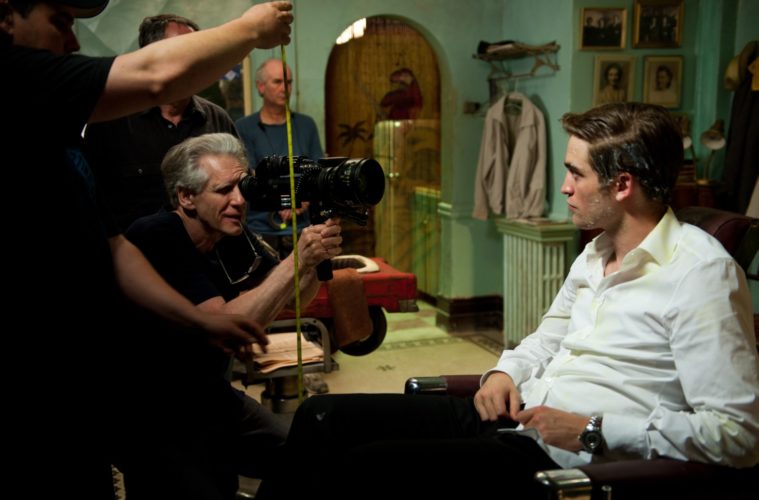 We anxiously await news of whatever David Cronenberg might direct next, but there’s plenty of material to fill his absence. Think you’ve seen eXistenZ and Naked Lunch enough times to get nothing new from them? Wondering what, exactly, was in mind when producing Cosmopolis and Spider? We’ve compiled making-of documentaries, behind-the-scenes explorations, a video essay, and a feature-length commentary that will place you in the master’s process and, through the comments of collaborators, create a deeper understanding of how his cinema comes to life.

The finest is Citizens of Cosmopolis, a 110-minute (i.e. longer than the film itself) documentary that plumbs the depths of Cronenberg’s inscrutable masterpiece. What may at first resemble a bland EPK feature of actors telling you how brilliant their director is eventually reveals itself to be an incredibly revealing exploration, one littered with dailies, animatics, glimpses at the set, and plenty of the minute banalities that come with making a movie. It also puts to rest the myth that no good director works from a video village; consider me surprised that Cronenberg sometimes directs from a trailer.

But the rest aren’t exactly chopped liver. Also included herein are documents (varying in length) of classics such as eXistenZ, Naked Lunch, and Shivers, as well as a strong video essay on the Cronenberg-ian qualities of Eastern Promises and the director’s commentary for his still-undervalued head-twister Spider. By the time you’re done with all of these, we might even have an update.

Below, have a watch / listen: