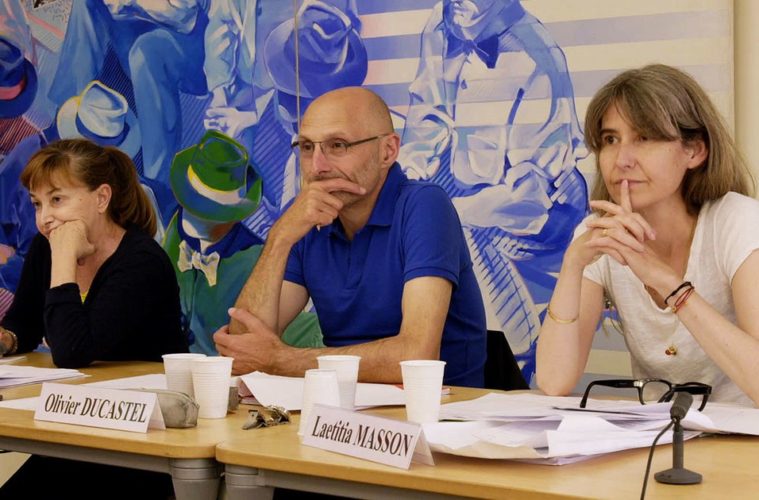 With an alumni roster including the likes of Alain Resnais, Louis Malle, Claire Denis, Arnaud Desplechin, Theo Angelopoulos, and Andrzej Żuławski, the film school La Fémis is the most prestigious of its kind in France. Out of the many that apply, only five percent are admitted each year and it is this contentious, yet edifying environment that is the setting for Claire Simon’s new documentary The Competition.

Ahead of a release next week, we’re pleased to debut the U.S. trailer and poster for the film, which gives an entertaining preview of the critically acclaimed documentary. “Teaching is a wonderful thing if you are a filmmaker,” Claire Simon told Film Comment. “It is a great moment to stop doing and to think about what you are doing and to invent new things, to talk and receive the point of views of young people who are studying it. It is a part of making the films, for me.”

See our trailer and poster premiere below.

The Competition begins, significantly, with the image of a locked gate—that of La Fémis, one of the most prestigious film schools in the world, offering hands-on training from working professionals and accepting only forty students per year from hundreds of applicants. This Wiseman-esque documentary from Simon, one of France’s premiere nonfiction filmmakers, observes the process whereby those lucky forty are selected—a process which is revealed to be highly personal, idiosyncratic, and subject to the vagaries of taste and personal prejudice. Funny, penetrating, and surprisingly suspenseful, The Competition offers not only a unique opportunity to see the inner workings of an institution at the very heart of the French film industry, but an invitation to look at the assumptions and roadblocks that shape any national film industry, and higher education in general.

The Competition opens Friday, February 22 in New York at Metrograph, with a nationwide expansion to follow.