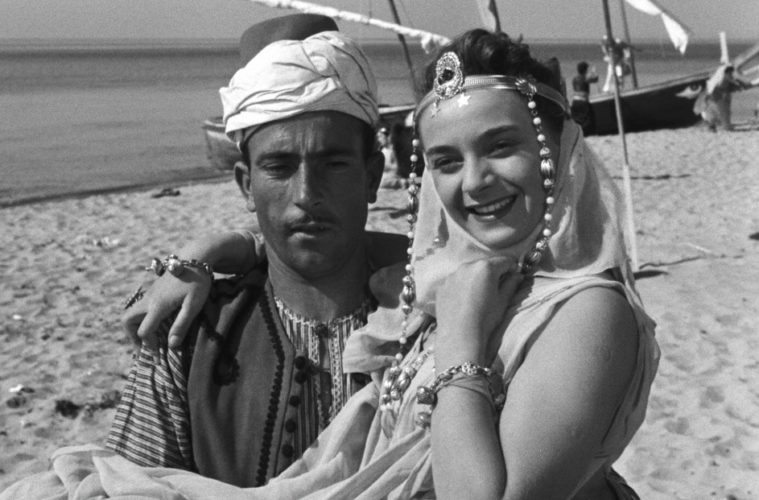 Next year will mark the centennial of Federico Fellini, born on January 20, 1920 in Rimini, Italy. While we imagine there will be no shortage of retrospectives and screenings celebrating the Italian master, New York City’s Film Forum is getting ahead of the pack with a presentation of a new 4K restoration of the director’s first solo directorial effort The White Sheik. We’re pleased to present the exclusive trailer debut ahead of an opening on Christmas Day.

Coming after Fellini’s 1950 debut Variety Lights, co-directed with Alberto Lattuada, this 1952 slapstick rom-com follows a honeymoon gone off the rails when the bride (Brunella Bovo) goes off in search of her titular idol. Based on an original treatment by Michelangelo Antonioni, the film also marks a number of early collaborations with future Fellini stalwarts, notably a memorable cameo by Giulietta Masina as Cabiria (five years before Nights of Cabiria) and a score by composer Nino Rota.

Beloved by Orson Welles, who called it his favorite Fellini movie, it’s the ideal Christmas movie outing for those in NYC. Also starring Alberto Sordi, see the exclusive trailer below, showing off the beautiful restoration by Rialto Pictures.

Awestruck provincial clerk Leopoldo Trieste’s Roman honeymoon plans go sour when bride Brunella Bovo goes missing, even as his family is waiting in the lobby for that first meeting en route to a papal audience. But super-fan Bovo’s first priority is to meet her idol, “The White Sheik,” hero of her beloved fotoromanzi (photographed comic books). But when she finally arranges a tryst with “The Sheik,” actor Alberto Sordi isn’t quite what she expected. Sordi’s “marvelous performance” (Pauline Kael) launched his international reputation, after 15 years in movies (including as Oliver Hardy’s Italian voice). Fellini’s solo directorial debut includes a fire-eater practicing at dawn at a deserted fountain, a memorable cameo by Giulietta Masina as the friendly prostitute Cabiria (five years later star of her own Fellini masterpiece), and his first collaboration with composer Nino Rota. Story by Fellini, Tullio Pinelli, and Michelangelo Antonioni.