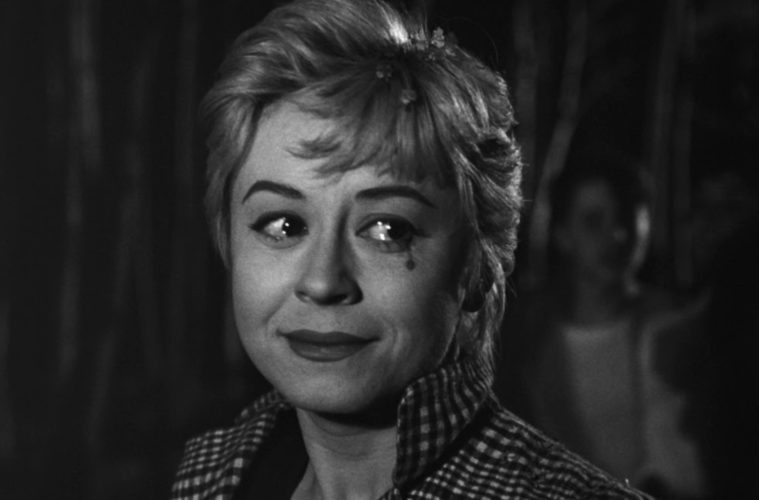 The centennial celebration of Federico Fellini continues as another one of his classics has been restored and will be getting a theatrical run here in the United States. Following his first solo directorial effort The White Sheik, Film Forum will premiere the new 4K restoration of his masterpiece Nights of Cabiria, which follows Giulietta Masina as a prostitute in Rome looking for love.

Masina won Best Actress at Cannes Film Festival for the drama, which would go on to win the Academy Award for Best Foreign Language Film in 1957, marking the second year in a row this would happen for Fellini, following La Strada. This new 4K restoration, by TF1 Studio in partnership with Studiocanal and with the support of the CNC, also boasts a brand-new translation and subtitles.

Ahead of an April 17 release (and likely Criterion box set), see the restoration trailer below via IndieWire.

Streetwalker “Cabiria,” a seemingly tough cookie, is hypnotized at a bottom-of-the-barrel variety show by a third-rate magician, and what pours out … the innocent dreams of adolescence. Fellini’s showcase role for wife Giulietta Masina—inspired by her character’s brief appearance in his solo debut feature The White Sheik—is structured as a series of episodes (“each apparent irrelevance falls into place” – Pauline Kael): robbed of her purse and dumped into the river by a boyfriend, she responds with earthy scorn (the authentic Roman epithets courtesy Pier Paolo Pasolini) by throwing his things into a bonfire; a famous movie star (played by actual Italian screen heartthrob Amedeo Nazzari) takes Masina off to his luxurious villa; her encounter with a man with a sack, who delivers good to the homeless (a 7-minute scene cut by producer Dino de Laurentiis and not seen until it was put back by Rialto Pictures in 1998); a tear-drenched pilgrimage to a religious shrine undertaken with the hookers, pimps, and cripples that make up her world; and her romance with an understanding accountant (French star François Périer, the club owner in Melville’s Le Cercle Rouge) — but there’s a final devastating disillusion, followed by a resurgence that may be the most mysteriously magical shot in all of Fellini’s work. Winner of the Academy Award® for Best Foreign Film.

The new restoration of Nights of Cabiria opens on April 17 at Film Forum.