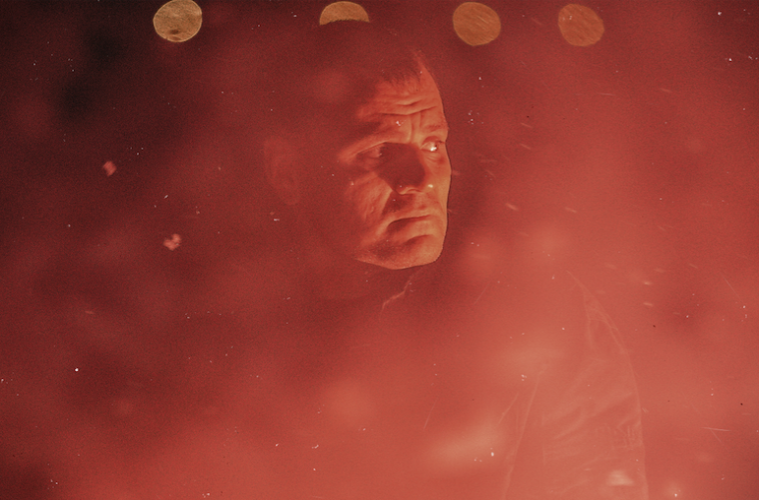 With a number of features in various states of production, 2016 may indeed be the year of Terrence Malick, but his directorial efforts aren’t the only projects that will soon see the light of day. This summer, one of his executive-producing efforts, Almost Holy, a new documentary from Steve Hoover (Blood Brother), will see a release, and we’re pleased to exclusively premiere the first poster.

Previously titled Crocodile Gennadiy, it follows a Ukrainian pastor, Gennadiy Mohknenko, who has stirred controversy in his attempt to fight child homelessness by abducting street kids to bring to his private rehabilitation center. As quoted on the poster, The Village Voice‘s Aaron Hillis called it “the best superhero vigilante movie of the year,” and Hoover’s picture — also produced by Nicolas Gonda and featuring a score from Atticus Ross — is certainly one we can’t wait to see.

Check out the poster and synopsis below, and more on the official site.

The acclaimed documentary ALMOST HOLY tells the story of Gennadiy Mohknenko, a Ukrainian pastor who has taken up the fight against child homelessness by forcibly abducting street kids and bringing them to his private rehabilitation center. Gennadiy’s ongoing efforts and unabashedly tough love approach to his city’s problems has made him a folk hero to some, and a lawless vigilante to others. Using gripping footage that follows the self-appointed savior’s mission over the course of fifteen years, interspersing imagery from a popular Soviet animated TV show ALMOST HOLY is a bold and captivating portrait of a man fighting to change Ukraine for the better, as its place in a tense political landscape hangs in the balance. Directed by Steve Hoover (Sundance Grand Jury prize winner for BLOOD BROTHER), executive produced by Terrence Malick and Nicolas Gonda, and with a score by Atticus Ross.

Almost Holy opens on May 20.