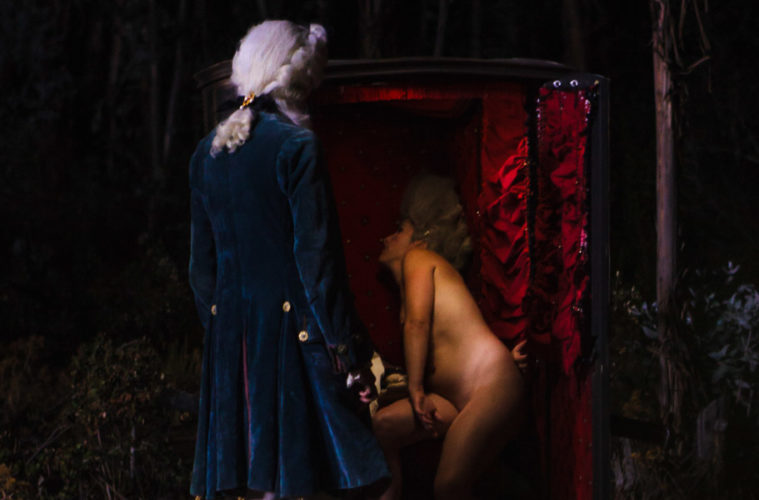 One of the most daring films on the festival circuit this year has found a home. We’re pleased to exclusively reveal that Cinema Guild has acquired the U.S. distribution rights for Albert Serra’s Liberté, which won a Special Jury Prize when it premiered at the Cannes Film Festival in May. It’s an official election of both the Toronto International Film Festival and the New York Film Festival. Cinema Guild will open the film in theaters in 2020. See the official synopsis and new international trailer below.

Just before the French Revolution, in a forest outside Berlin, a band of libertines expelled from the court of Louis XVI rendezvous with the legendary German seducer and freethinker, the Duc de Walchen (Helmut Berger), to convince him to join in their mission: the rejection of authority and all moral boundaries. What begins as an evening of strategizing on the proliferation of libertinage, descends into a Sadean night of pansexual one-upmanship.

“What I hope audiences are left with after watching Liberté is the transfixing beauty of its images,” said Cinema Guild President Peter Kelly, who negotiated the deal with Jean-Christophe Simon of Films Boutique. “Albert Serra is a true original and we are very excited to once again offer cinephiles the chance to engage with his extraordinary work.”

“This is both Serra’s most uncompromising film and his most enjoyable,” Ethan Vestby said in our rave TIFF review. “In a way, it’s perhaps a stunning refute to the notion of “edgelord” as pejorative term; someone has to deliberately provoke to show us something we haven’t seen before.”

Cinema Guild’s recent releases include some of our favorite films of the year, notably Lucio Castro’s End of the Century and Nuri Bilge Ceylan’s The Wild Pear Tree. Along with Liberté, they will also bring Angela Schanelec’s I Was at Home, But… to the 57th New York Film Festival ahead of a 2020 release.