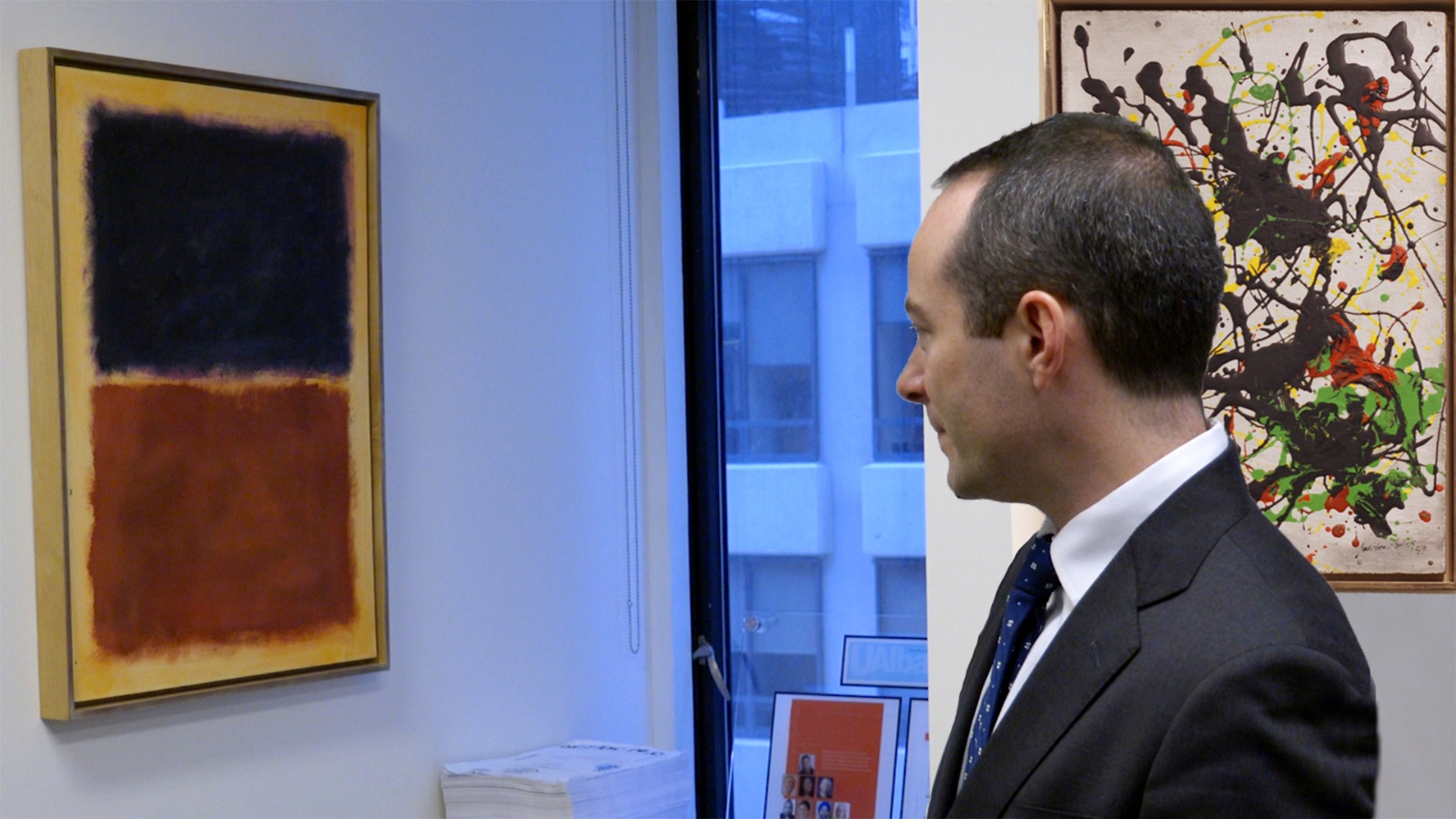 If the events of the art world aren’t on your radar, you might have missed the late-2000s scandal that enveloped the Knoedler & Co. gallery in Manhattan, one of the oldest art galleries in the country, run by gallery president Ann Freedman. The gallery closed, Freedman resigned, and several people were sent to jail. The story itself remains remarkable, involving Freedman and a horde of fraudulent paintings said to be by storied artists like Jackson Pollock, Robert Motherwell, and Mark Rothko. Articles and articles were written across publications, art-focused and not. And of course, inevitable documentaries followed, including the Hot Docs 2020 hit Made You Look: A True Story About Fake Art and its counterpart and the focus of this review, Driven to Abstraction.

Driven to Abstraction, the new doc from Daria Price, reads like an in-depth news article, one you’d read in a major art magazine. It features a plethora of talking heads, mostly journalists who covered the scandal in real-time, along with the lawyers from both the defendants and the plaintiffs of the ensuing trials once the scandal was unearthed. Jazz music plays in the background of these interviews, the majority of which feature odd amounts of zooms, pans, and tight shots of journalists’ eyes and mouths. The documentary looks like an article: drab, word-heavy, and with a lack of glamour and style. Docs don’t necessarily need to have flash, but Driven to Abstraction misses even a dash of flair, variety, or polish.

The events portrayed in the film contain real intrigue, though, making the film even more disappointing. It becomes harder and harder not to compare the doc with accompanying articles as well as Made You Look: A True Story About Fake Art, which by all accounts involves more humor and fun in its rendition of these wild events. Driven to Abstraction has a glaring absence as well: Ann Freedman. Without her perspective, it becomes an indictment on her and the art world at-large, without any chance for the other side to tell their side of the story. It’s one-track, one opinion, and a damning one at that.

The film plays out chronologically, following Freedman’s relationship with Long Island dealer Glafira Rosales, a name unknown in the art community. It explores Rosales’s relationship to Pei-Shen Qian, a Chinese artist who painted all of the fakes on his own, a fact that remains insane to consider. The idea that one man could perfect the styles of multiple world-renowned painters is amazing. The interviews in the film with Qian’s friends are fascinating, and the story of this man, who seemingly had no idea his works were being sold for millions, might have more weight than the scandal itself.

Glafira Rosales, who spent a lifetime in cycles of abuse and coercion, deserves a better telling of her story, as does the painter Pei-Shen Qian. Rich people got richer, and then they lost it all, due to negligence, ignorance, intentionality, or a combination of the three. If anything, the documentary shows how fraud in the art world feels unimportant, especially in today’s circumstances. If you want to learn about the Knoedler scandal, I’d recommend you read an article or two instead.