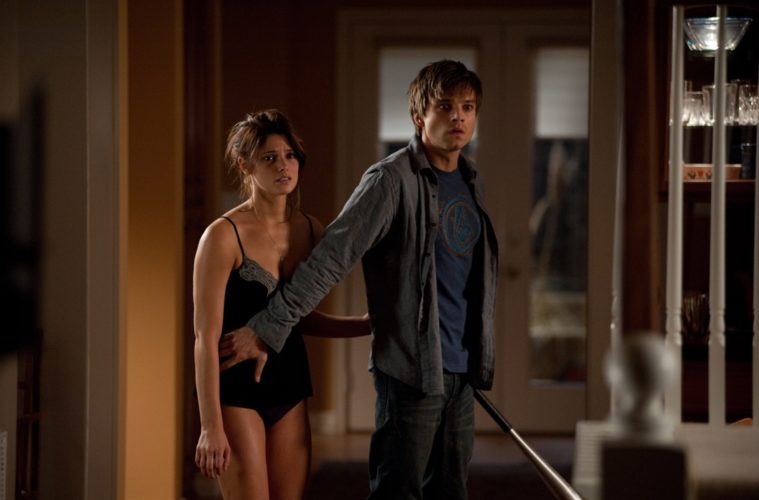 We recently saw the trailer for one horror film hitting this August and now we’ve got another. The Apparition pairs Harry Potter star Tom Felton with Captain America‘s Sebastian Stan and Ashley Greene of The Twilight Saga. Surrounding a university parapsychology experiment, Todd Lincoln‘s horror film actually reminds me of a less-silly version of Rodrigo Cortes‘ Sundance film Red Lights. While the plot is a bit recycled, there’s some fun imagery going on here and thankfully, it doesn’t rely on the found footage angle. Check out the trailer below Apple. When frightening events start to occur in their home, young couple Kelly (Ashley Greene) and Ben (Sebastian Stan) discover they are being haunted by a presence that was accidentally conjured during a university parapsychology experiment. The horrifying apparition feeds on their fear and torments them no matter where they try to run. Their last hope is an expert in the supernatural (Tom Felton), but even with his help they may already be too late to save themselves from this terrifying force…