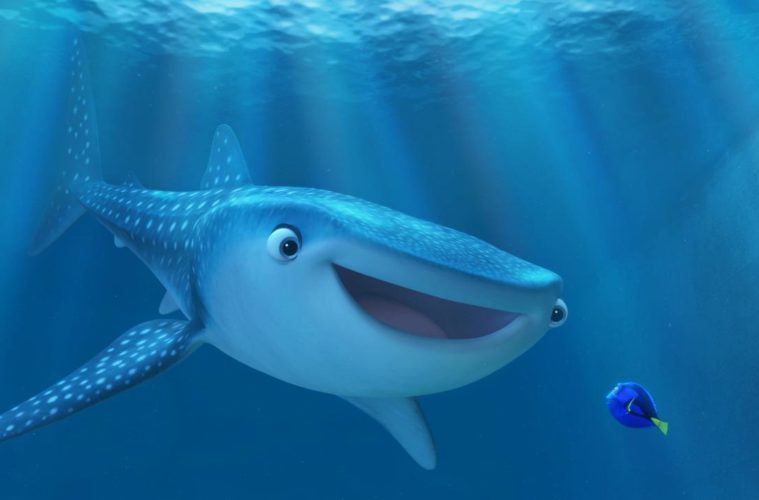 After DreamWorks delivered Kung Fu Panda 3, the next major animation of the year is this weekend’s Zootopia, which we found to be a mostly delightful satire of film noir. Audiences heading there this weekend will be treated to a preview of another Disney-related feature, coming from Pixar, with a new trailer for Finding Dory. However, if you can’t wait a few days, it’s now online in full.

The film brings back Nemo director Andrew Stanton after his jump into live-action with John Carter. Fittingly debuted by Ellen DeGeneres, who returns as Dory, the story finds her on a journey attempting to learn about her past and family, assisted by Marlin (Albert Brooks) and Nemo (Hayden Rolence).

“A lot of my new staff had not worked on the first one,” Stanton tells Yahoo!. “They were a little young. They did not know Dory was a tragic character. I knew she was. No one wanders their adult life across the ocean and is not sad. Her happiness is her armor.” Also featuring the voice cast of Diane Keaton, Eugene Levy, Ed O’Neill, and Ty Burrell, check out the new trailer and batch of posters below.