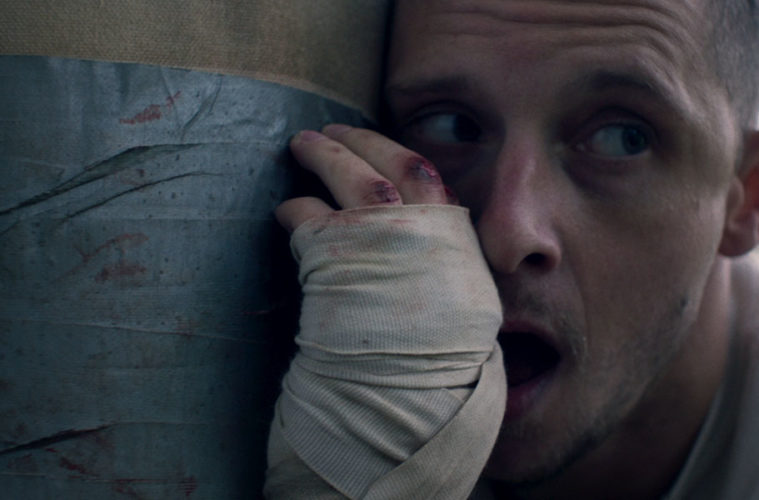 The first trailer for Donnybrook, from Memphis and Dark Night director Tim Sutton, promises a film that will be an explosive and staggering condemnation of the American Dream. The drama conveys the story of two men, played by Frank Grillo and Jamie Bell, who prepare to compete in an all-out bare-knuckle fight for the coveted prize of $100,000.  The cast is rounded out by Margaret Qualley and James Badge Dale. Following a world premiere at the Toronto International Film Festival and ahead of a release in February, the trailer has now arrived.

Tim Sutton spoke about the violence in the film with its inherent connection to America and its cinema in an interview at TIFF, saying “But you accept giant Armageddon-like movies for 20 years, and then you’re shocked when someone blows up a building. And the UFC—the cage fighting on TV—is more popular than boxing, which I think is barbaric too. It’s a billion-dollar industry and some of it is cage fighting. We celebrate it on mainstream TV, just like football, which leaves all these people brain-dead. These are things that America celebrates and then we are aghast when that kind of violence leaks out into the real world.”

Jarhead Earl (Jamie Bell) will do anything to keep his family together. After robbing a gun shop, he hits the road with his young son, determined to win big at the Donnybrook, a legendary bare-knuckle brawl where the last man standing in a brutal backwoods cage fight walks off with $100,000. But hot on his trail are Chainsaw Angus (Frank Grillo), a vicious drug dealer who wants Jarhead dead, and Angus’s conflicted sister Delia (Margaret Qualley), who is drawn to Jarhead’s inherent goodness. Set in the rural heartland, amid seedy motels and last-chance saloons, and based on the novel by Frank Bill, DONNYBROOK from writer-director Tim Sutton (MEMPHIS, DARK NIGHT) is his highest-profile feature film to date, an unflinching, lyrical descent into an American underworld of hard promises, broken dreams, and the brutal will to survive. Donnybrook will be released by IFC Films on February 15.