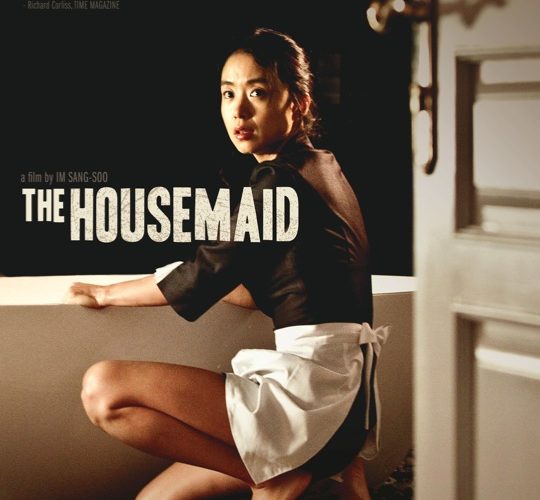 Synopsis: A favorite at this year’s Cannes, Toronto and Fantastic Fest film festivals, The Housemaid is a stylish and sexy reimagination of the 1960 cult classic, an elaborate psychological game of a film following the plight of an innocent young woman caught in the web of a rich family’s secrets.

Eun-yi (Cannes Best Actress winner Jeon Do-youn of Secret Sunshine) is hired as a nanny in an impossibly lavish mansion by businessman Hoon (Lee Jung-jae) and his very pregnant wife, Hae-ra (Seo Woo). When Hoon callously seduces the young maid, she becomes the unwitting victim in a battle of wills between him and the scheming women of the house-Hae-ra, her villainous mother (Park Ji-young), and their seemingly loyal but increasingly bitter housekeeper (Yun Yeo-jong). Intensely erotic and fiendishly entertaining, The Housemaid builds to an unforgettable climax as Eun-yi tries to maintain her cunning to protect her sanity-and her life-from the ruthless vipers around her. The Housemaid will see a limited release and video on demand debut on January 21st, 2011 via IFC Films.