DOC NYC Review: Jerry Brown: The Disrupter is an Entertaining Portrait of a Colorful Changemaker 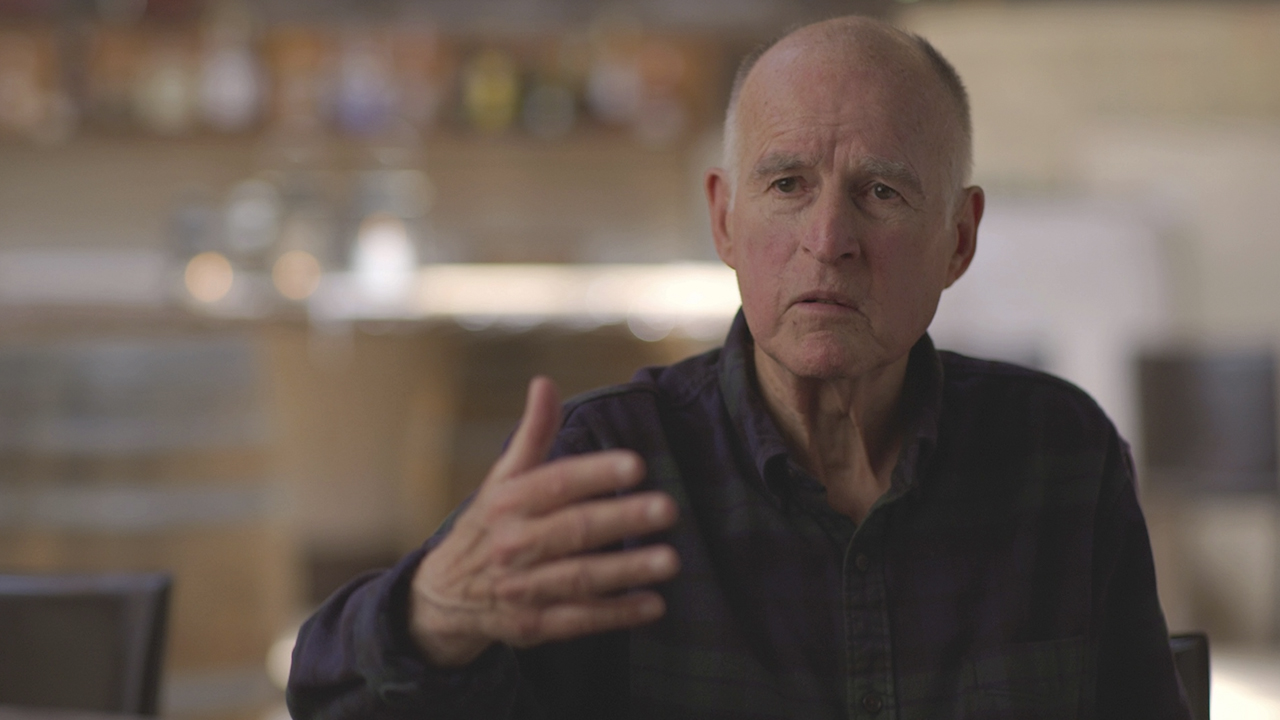 Directed by Marina Zenovich, Jerry Brown: The Disrupter is an entertaining political documentary culling upon extensive archival footage from Brown’s tenure as California Governor, Oakland mayor, and a few failed Presidential campaigns. Zenovich packs fifty years of public service into ninety minutes––no small feat for a man who is seemingly no longer interested in performing for a camera.

Considered an “un-politician” by friends and confidants, he navigates California off a fiscal cliff in his second term as governor from 2011-2019, utilizing his expertise in public service. This includes an early stint as a Secretary of State, followed by a career as the Mayor of Oakland, Attorney General, and a second term as Governor, a position he first held when he was just 36-years old.

The son of Pat Brown––a governor known for building much of California’s modern infrastructure and the state’s university system––Jerry Brown received an early education in how government worked when it was efficient and saw an opportunity when Republicans lost favor, post-Watergate. Serving immediately after Governor Ronald Reagan, he was early on progressive issues including clean air, wind, and solar power. Brown passed automotive efficiency standards that would set the tone for vehicles nationwide.

Along the way, he was known to troll both sitting president Jimmy Carter (primary-ing a president running for reelection was unheard of back then) and Bill Clinton, getting under his skin at a debate. Unhinged at times, Brown was defiant, taking his case all the way to the 1992 Democratic Convention after the party largely organized around the Arkansas politician. It’s a shame Brown, now 84 and living a quiet life, almost gets annoyed with director Zenovich when she attempts to gain his perspective on his past choices or if he’s “happy” with how things turned out.

The film is most effective when leveraging the tremendous archival footage it has at it’s disposal. A true American original, the governor never lost sight of his progressive values. He rebuilt the California state government, handing his successor a massive surplus. On the campaign trail for his second tour of duty, he touts that his perspective on youth has changed, though one could argue he was ahead of the curve for quite some time.

While refashioning his political comeback, he decides to run for Mayor of Oakland, leading a resurgence that one wishes the film spent a little more time unpacking. Director Zenovich, herself the daughter of California State Senator George N. Zenovich, has known Brown her entire life. While the film is a warm and engaging portrait that contains a few ugly moments in his presidential campaigns, it mostly resists harsher criticisms of Brown.

Similar to Neil Barksky’s Koch (a look at the spirited, late New York City governor), the film offers a great introduction to an engaging politician with a record of measurable progress.