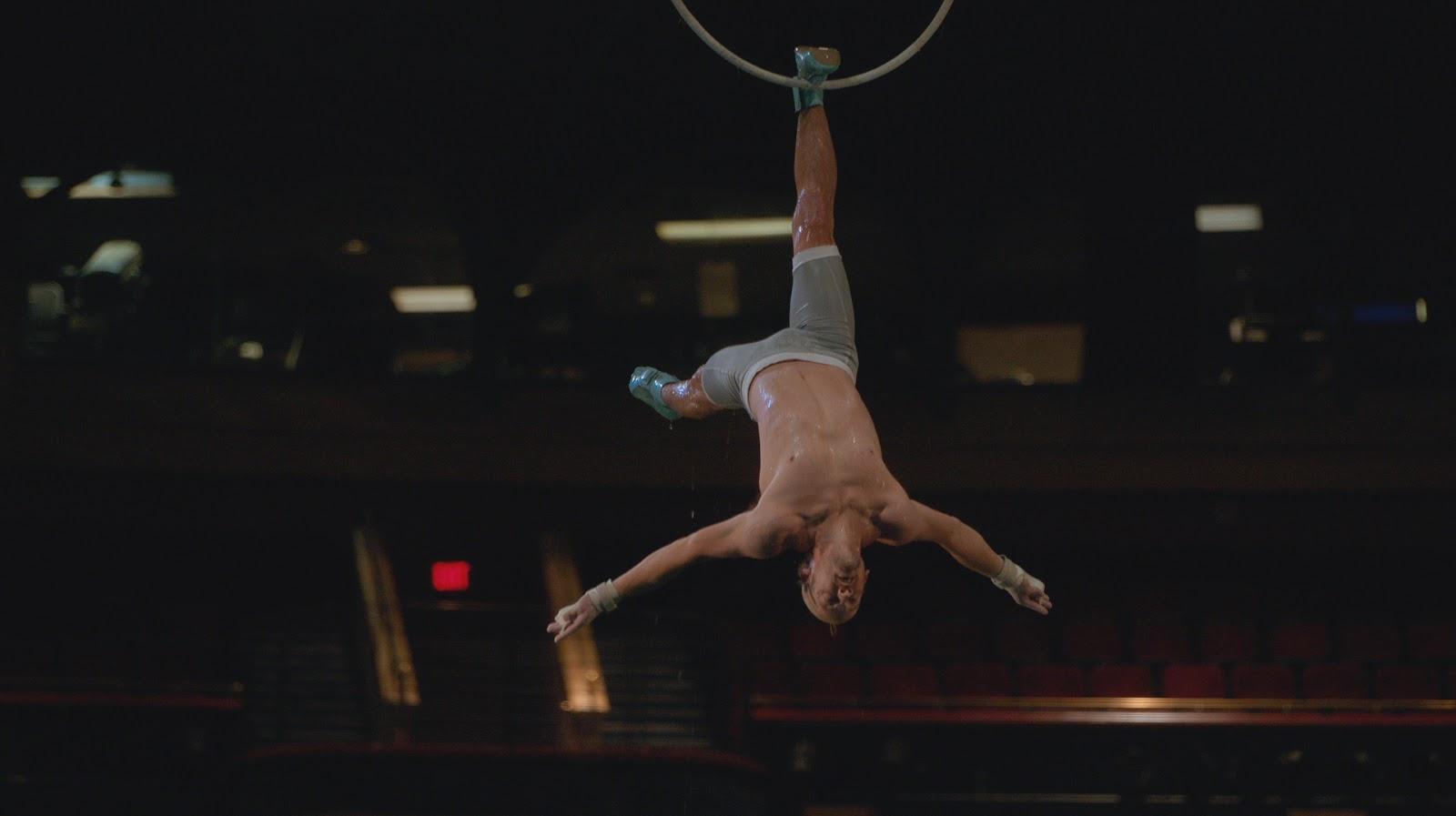 A departure from Cirque du Soleil’s previous theatrical features (2012’s Worlds Away and the 2000 3D IMAX short Journey of a Man), Dawn Porter’s Cirque du Soleil: Without a Net breaks the third wall with a more intimate portrait of the company as it emerges from a 400-plus-day-long COVID pause and aims to restart its elaborate show O in Las Vegas. While theater companies adapted to COVID by offering performances for patrons on Zoom, that was never an option for an organization that prides itself on large-scale spectacles with countless moving parts. The flaw of Worlds Away and Journey of a Man, despite their use of 3D, is that they fail to capture the scope and scale of Cirque du Soleil. Porter, instead, keeps her camera at eye level, gazing in wonder at how a world-class team of acrobats, dancers, artistic swimmers, choreographers, coaches, divers, production managers, and trainers can pull it off with such short notice.

Filing for bankruptcy, CEO Daniel Lamarre and his HR team make the decision to furlough most of the company while large-scale live events remain on hold, creating pressures for international artists whose visas forbid them from seeking employment outside of the company that has sponsored them. Cirque Du Soleil is an international effort with casting directors tracking talented dancers, gymnasts, and performers from all over the world.

Porter focuses on a handful of performers who provide us with intimate access to their lives. These subjects include Amber, a trapeze artist who is frank about her own struggles. She has just divorced her husband, who was also her “catcher” in a gravity-defying stunt that takes place aboard a ship elevated a hundred feet above the stage. When performing and spending that much time together, it is natural that relationships form, although they are one part of the story. Others have seemingly happy marriages including Emma, an acrobat. Her husband Jeffrey works on the technical team and is a diver in the large pool of water that the show resolves around.

At its core, Without a Net is a backstage look with unfettered access as the Cirque du Soleil organization allows Porter to follow the story wherever it goes. The film pulls back the curtain and exposes the illusions and, quite interestingly, the backup plans if things go wrong. Sitting high above the theater in a control booth is Joe, the stage manager, who has a binder full of scenarios to switch to in the event that something goes wrong, someone is injured, or there is a mechanical malfunction on stage.

If nothing else, the film is a fascinating chronicle of performers returning a bit rusty from the long, unplanned break, practicing their stunts most of the time in full masks as COVID protocols slowly start to relax. It is unknown if the Cirque du Soleil would ever allow it, but all of the hard work, preparation, and technical expertise that goes into creating the show would make for a compelling TV series. Multiple productions are always happening across the world at any given time, all of them managed from the head office in Montreal.

Porter’s film offers a compelling glimpse behind the scenes, going home with some of the performers while only really getting very close with Amber, a lifelong acrobat who is frank about her injuries both physical and emotional. Other participants the film chronicles include Rob, a dancer who came to his practice through hip hop, and Bill, a synchronized swimmer who, as a male, wasn’t permitted to join the women-only U.S. Olympic team.

While Cirque du Soleil: Without a Net is the latest character study from Porter (Gideon’s Amy, John Lewis: Good Trouble, The Way I See It) is most compelling when it remains in cinéma vérité mode, watching the cast and crew’s preparations to fly and walk on water. Cinematographers Chris Hilleke and Bryant Fisher capture the action above and below the water at a distance, while creating intimate portraits of the performers at home in suburban Las Vegas.