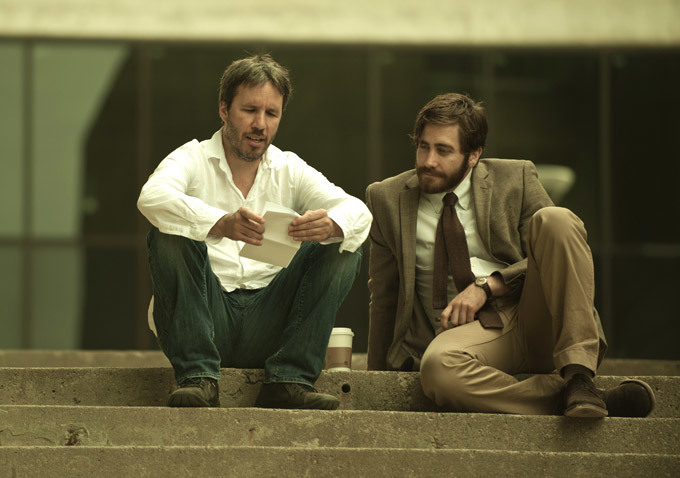 While the internet has been ablaze with news of the Alien franchise continuing in hopefully the proper way, today brings a major development on the future of another Ridley Scott sci-fi franchise. After intermittent updates over the past few years, confirmation has now arrived that Denis Villeneuve (Enemy, Prisoners, Incendies) is in talks to direct a sequel to Blade Runner.

Thanks to a press release from Alcon Entertainment, we’re told that shooting will kick off next summer in 2016 from a script by original Blade Runner co-writer Hampton Fancher and Michael Green (Green Lantern). It’s also confirmed that Harrison Ford will return as Rick Deckard in a story taking place “several decades after the conclusion of the 1982 original” a la The Force Awakens.

As for Villeneuve’s involvement, it’s hard to get more excited about a director who has shown he can create such a specific mood in films like Enemy, one of our favorite in the last half-decade. With Villeneuve shooting his last two films with cinematographer Roger Deakins, we’re crossing our fingers he comes on board as well. As we await more updates, check out the press release below and catch up some early short films from Villeneuve here.

LOS ANGELES, CA, FEBRUARY 26, 2015 — Harrison Ford will reprise his celebrated role of Rick Deckard in the sequel to Alcon Entertainment’s BLADE RUNNER and Academy Award nominee Denis Villeneuve to (Prisoners, Incendies) is in negotiations to direct, it was announced by Alcon co-founders and co-CEO’s Andrew Kosove and Broderick Johnson.

Film is scheduled to start principle photography in summer of 2016. Hampton Fancher (co-writer of the original) and Michael Green have written the original screenplay based on an idea by Fancher and Ridely Scott.

The story takes place several decades after the conclusion of the 1982 original.

State Johnson and Kosove: “We are honored that Harrison is joining us on this journey with Denis Villeneuve, who is a singular talent, as we experienced personally on Prisoners. Hampton and Michael, with Ridley Scott, have crafted a uniquely potent and faithful sequel to one of the most universally celebrated films of all time, and we couldn’t be more thrilled with this amazing, creative team.”

Ford will next be seen in The Age of Adaline for Lionsgate and the highly anticipated upcoming Star Wars for Walt Disney Pictures. Recent releases include the Warner Bros./Legendary box office hit 42.

Alcon Entertainment acquired the film, television and ancillary franchise rights to BLADE RUNNER in 2011 from producer Bud Yorkin to produce prequels and sequels to the iconic science-fiction thriller. Yorkin will serve as a producer on the sequel along with Kosove and Johnson. Cynthia Sikes Yorkin will co-produce.

Among its many distinctions, BLADE RUNNER has been singled out as one of the greatest movies of all time by innumerable polls and media outlets, and overwhelmingly as the greatest science-fiction film of all time by a majority of genre publications.

Released by Warner Bros., BLADE RUNNER was adapted by Hampton Fancher and David Peoples from Philip K. Dick’s novel “Do Androids Dream of Electric Sheep?” and was directed by Ridley Scott following his landmark Alien.” The film was nominated for two Academy Awards (Best Visual Effects, and Best Art Direction).

Alcon Television Group is currently producing a four-hour mini-series documentary for HBO about the life and times of Frank Sinatra, directed Oscar-winning filmmaker Alex Gibney; and “The Expanse,” a space thriller for Syfy Network.