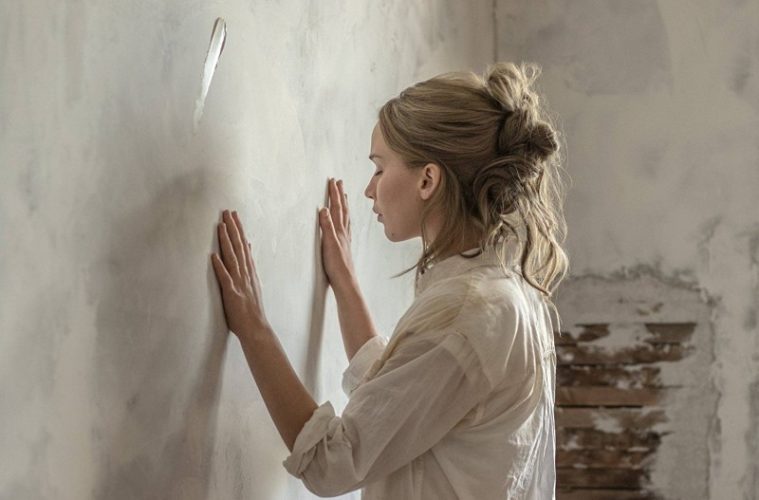 Darren Aronofsky’s ‘mother!’ and the Insidious Effects of Explainer Culture

There are movies that require explanation. I would begrudge no one for Googling around to try and find out who knew what and when in Tinker Tailor Soldier Spy. I myself had to do some research to try and understand what was going on in Atomic Blonde. Whenever a new Marvel movie ends with a single shot that makes the rest of the crowd cheer, I have to turn to the person next to me and ask them what it meant. Without a doubt, there are films that have objective facts or truths that may escape a casual viewers ken, or even the eye of someone desperately trying to get everything straight.

That being said, the cottage industry of “explained” articles and videos has been having a rather insidious effect on film dialogue. Perhaps it started earlier than this, but it may have reached its sinister apotheosis with the release of Inception in 2010. The spinning top, cut away from before it could prove reality to its audience, could serve as a symbolic mile-marker for the moment that audiences lost their ability to accept ambiguity, and the moment that film writers realized there were clicks to be had by exploiting this lack of tolerance for the unknown.

Since that time, and escalating wildly in more recent years, hardly a wide release has come and gone that hasn’t been followed by a slew of articles and videos claiming to explain the ending. Some of these articles are helpful, pitched at people who haven’t read the book or who don’t know the comics, on whom the meaning of that final picture of a golden coffin in Guardians of the Galaxy Vol. 2 was completely lost.

With the release of mother!, though, I fear that we find ourselves at a crossroads. Here stands a movie that revels in its allegorical power, a film that laughs at single-minded interpretation and objective truth. Why, then, are we scrambling to explain it to people? Why are people scrambling to have it explained? Are we now to a point where we have begun to reject the notion of art being different things to different people? Has the death of the author led not to the embracing of personal points of view but rather the birth of the explainer?

These are reasonable questions given the speed with which these articles hit the web. A person who saw mother! on opening weekend already had options for where to turn for an explanation of the film. They could go to Collider, The Telegraph, Vanity Fair, ScreenRant, or IndieWire, among many others. After watching one of the richest, most layered allegorical exercises in modern popular cinema, an audience member is just a few clicks away from finding out everything that they could want to know, never needing to work a single synapse under their own power.

It may be worth pausing here to offer up a few preemptive counterpoints to some obvious and fair criticisms of this point. It is perfectly reasonable to assume that an audience member might have their own ideas, and merely begin reading these pieces in order to see what others thought. Likewise, it’s reasonable to say that if one of these articles can kick-start a confused viewer’s mind into thinking about the movie on a different level, enriching the experience in any way, then they cannot all be bad. This is all true, and I am far from trying to argue that every one of these articles is bad.

That being said, their ubiquity and inevitability does signal a shift of a kind, and one that is most likely going to be deleterious to the way people watch and enjoy films and television from here on out. Viewers combed through symbolic and aesthetic details of Mad Men in order to try to “solve” it before its final episode aired. Every now and then someone will still pipe up from the darkness to complain about Lost not solving all of its mysteries. Fan theories attempt to explain ambiguous bits of ephemera or character into a more integrated but often convoluted whole. And because one or two of these theories may hit every now and then upon the actual plan executed by the narrative (I’m looking at you Westworld) their existence becomes justified. The result is the gradual wearing away of any ambiguity, any necessary personal meaning from our understanding of art. If this one crazy fan theory truly does explain everything, then there is no need for individual perception.

Television stands to lose more from this than any other medium, if only because it’s ongoing narrative means that people can become addicted to a presumptive narrative before the actual narrative has played out. But mother! proves that what kills a television show on the vine may actually stand to kill a film before the seed can even take root. An audience review from Rotten Tomatoes quoted by THR read, “If you need to Google search the meaning of movie when you get home, it was a failure.” If that comment were relating to the complexity of a narrative, the quality of the writing, or the choppiness of the editing, they would be right. To apply that same litmus test to the meaning behind a film is to expect meaning to be something objective that can be packaged and dictated. The same people will ask what the golden/yellow powder added to paint and water in the film was, when they ought to be asking what it did, and what it means when it is no longer used, and why. Sadly, given the fatal F CinemaScore that audiences awarded the film, it seems that the curious are outnumbered by the impatient.

You don’t have to Google the ending of mother! to understand it. You don’t need a degree is biblical theology or dialectics in modern myth. All you need is a receptive mind and the ability to empathize. This is the rare movie where the filmmaker seemed to trust the audience to take what they were given and filter it through whatever lens their own lives had given them. Yes, it could be a biblical referendum, an environmental screed, a study of gender dynamics, or a statement on the sacrifices and trials of being in love with a creative. It could be all, some, or none of these things to you. That is its fundamental beauty and brilliance. More than a story, mother! is an experience, and much like any trying, taxing experience, what you take from it will be wholly dependent upon what you brought to it and how it left you at the end.

So no, no one can explain the meaning of mother! to you. No amount of Googling or interview-reading or podcast-listening (not even from yours truly) can gift you the true meaning of the film, or any film. Someone can tell you what the story beats were, can tell you what they thought of the film, can tell you what Darren Aronofsky said while sitting in a dark room or standing on a red carpet. But that’s not meaning. That’s interpretation. To truly know what mother! means, you need to see it, to internalize it. To work through it in your own mind, or through an active, participatory dialogue, until you knock the soot and ash and cinders away and find the unique crystal of personal meaning underneath it all. That meaning is yours, precious and singular, and no one else can touch it.