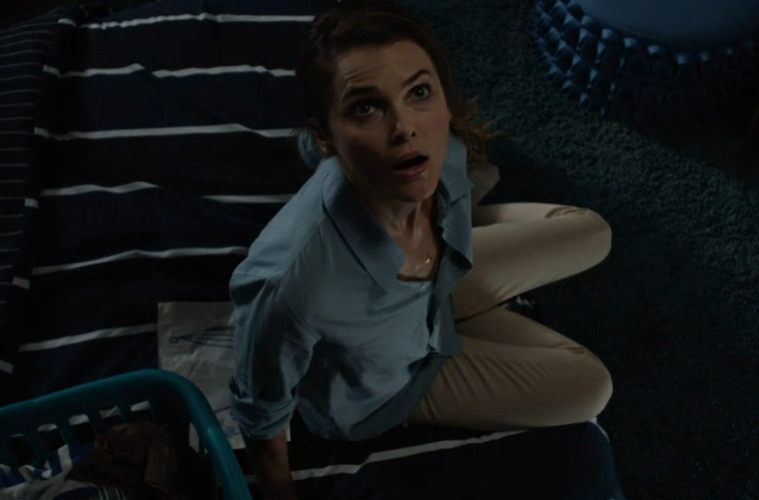 Establishing himself as a household name in horror the last few years after releasing films such as Paranormal Activity, Sinister, Insidious and most recently, The Bay, Jason Blum‘s latest creation is arriving early next year and we’ve got the first look today. From director Scott Stewart, who played with horror elements in both Priest and Legion, will deliver his full-blown entry in the genre with Dark Skies.

The story follows a couple played by Kerri Russell and Josh Hamilton, who soon discover an evil force is messing with their life in a series of horrific events. While there is some unsettling imagery here, unfortunately there isn’t much to set it apart from many other films in the genre, but hopefully Stewart has some surprises up his sleeve. Check out the trailer below thanks to Movies.com for the film also starring J.K. Simmons and Real Steel‘s Dakota Goyo.

From the producers of Paranormal Activity, Insidious, and Sinister comes Dark Skies: a supernatural thriller that follows a young family living in the suburbs. As husband and wife Daniel and Lacey Barret witness an escalating series of disturbing events involving their family, their safe and peaceful home quickly unravels. When it becomes clear that the Barret family is being targeted by an unimaginably terrifying and deadly force, Daniel and Lacey take matters in their own hands to solve the mystery of what is after their family.