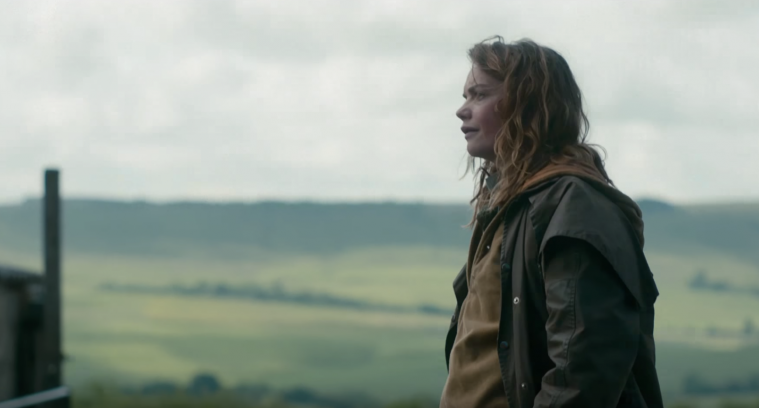 After a pair of the decade’s finest films with The Arbor and The Selfish Giant, Clio Barnard returned this fall with Dark River. The story follows Alice (Ruth Wilson) who, after 15-years, returns to her home village to claim tenancy over her now-passed father’s home. However, her brother (Mark Stanley), rugged from years of tending their farm, isn’t so keen on the idea. Their clash causes old trauma to surface for Alice, threatening both their lives in the process.

Ahead of a proper release next year, first in the U.K., the first trailer has arrived. Unfortunately we weren’t big fans of the film at TIFF, saying in our review, “Dark River’s reductive missteps finds itself tumbling head first into its frustrating climax, where Barnard tries pulling off a tragic turn of events that gives way to a hopeful conclusion. The entire final section rings false, with its characters and twists registering as ideas and devices used to maximize dramatic impact to no avail. ”

Following the death of her father, Alice (Ruth Wilson) returns home to Yorkshire for the first time in 15 years, to claim the tenancy of the family farm she believes is rightfully hers. Once there she encounters her older brother Joe (Mark Stanley) a man she barely recognizes, worn down by years of struggling to keep the farm going whilst caring for their sick father. Joe is thrown by Alice’s sudden arrival, angered by her claim and finds her presence increasingly impossible to deal with. Battling to regain control in a fraught and fragile situation, Alice must confront traumatic memories and family betrayals to find a way to restore the farm and salvage the bond with her brother before both are irrevocably lost.

Dark River arrives on February 23 in the U.K. and will be released in 2018 in the United States.