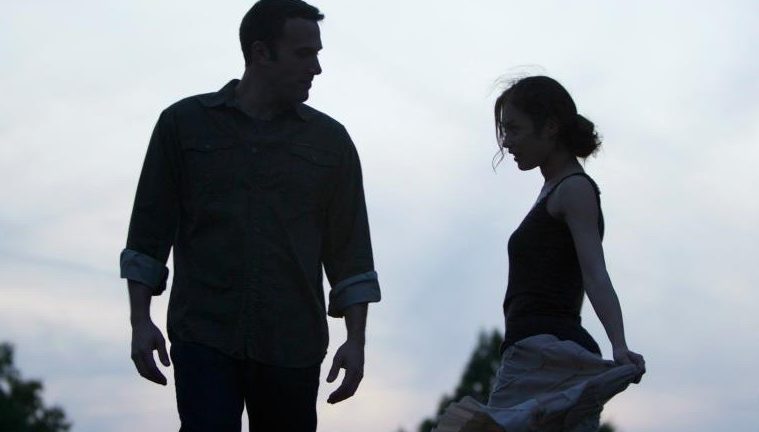 Closing out our year-end coverage is individual top ten lists from a variety of The Film Stage contributors, leading up to a cumulative best-of rundown. Make sure to follow all of our coverage here and see Danny King’s favorite films of the year below.

I’m not terribly content with the following list, for the same reasons that nearly anyone partaking in the practice of year-end list-making shouldn’t be content: there were a number of worthwhile-looking releases I didn’t see before the deadline (I Used to Be Darker, These Birds Walk, The Last Time I Saw Macao, The Selfish Giant, etc.); there were a number of early-year releases that I would’ve liked to have looked at a second time (especially those, like Xavier Dolan’s how-the-fuck-did-a-22-year-old-direct-this? Laurence Anyways, that haven’t been featured on all that many ten-best lists elsewhere); there were various technical complications that kept me from fully appreciating works as potentially rapturous as Wong Kar-wai’s The Grandmaster (in this case, I still haven’t seen the Chinese cut); and there were a couple of not-included-below world-premiere titles, like James Gray’s superlative The Immigrant, that I fear are in store for shoddy domestic treatment come 2014 (let’s hope not).

There’s also the important fact (as Ethan Vestby indicated in his introduction) that one’s year in viewing is hardly restricted to new releases. As someone fortunate enough to currently be spending most of my time in New York City, I made a point of upping my repertory habits in 2013, and the result was the most 35mm-heavy viewing year I’ve ever had. I look forward to maintaining that pace in the coming year, not only for my own personal entertainment and satisfaction, but because making sure people continue to see and think about films like Maurice Pialat’s À Nos Amours, Delmer Daves’s The Hanging Tree, John Farrow’s Alias Nick Beal, Howard Hawks’s Rio Bravo, John Cassavetes’s A Woman Under the Influence, Abbas Kiarostami’s Taste of Cherry, Nicholas Ray’s Bigger Than Life, John Ford’s The Man Who Shot Liberty Valance, and Pierre Étaix’s Le Grand Amour is surely more important than offering three or four more sentences on why 12 Years a Slave is a good movie.

What follows is a list of ten 2013 U.S. theatrical releases that I admired, along with five honorable mentions that, like the ordering of the ten-best list itself, could’ve easily been different had I put this piece together on another day. Here’s to more great cinema in 2014.

This rock-hard procedural hits you in the mouth and leaves you bleeding for the duration of its runtime. Flashes of To’s comedy work can be glimpsed here and there (the HaHa character, for instance), but the powerhouse intensity is the dominant force. The cocaine/ice-bath sequence can stand toe-to-toe with any of the year’s other most immaculate set-pieces, while the climactic shootout is a peerless orchestration of sound, space, clarity, and cinematic balance. Even better than this film is the realization that I’ve still got, oh, over 40 other Johnnie To films left to see.

With this third entry, the Linklater-Ethan Hawke–Julie Delpy series has expanded into an even-richer experiment in cinematic time. To quote my feature from earlier in the year: “After nearly two decades of cinema, that’s what Celine and Jesse’s relationship comes down to: some brief words of reassurance after an excruciating, exhausting fight. The relationship has lasted eighteen years, wrestled itself through three films, and it’s as fragile as the bones of one of those corpses Bergman comes across in Journey to Italy. But it’s still there on film, where it’s been since 1995, and where it’ll always be.”

An action film made by a director who’s smart (and good) enough to know that all we need in an image is Jiang Wu tossing a tomato into the air. Like the other performers in this vignette-structured film (Wang Baoqiang, Zhao Tao, Luo Lanshan, Vivien Li), Jiang is magnetic enough to be a movie star, his gruff beard, mounting anger, and tiger-cloth emblem adding up to more than enough character information to sustain a standalone, feature-length narrative film. That Jia instead decides to add on three separate storylines, all connected by violence, vengeance, and real-world rage, is a testament to both his newfound genre-related ambition and his still-potent political agenda.

“Leviathan offers an image of the world as almost something alien,” writes Reverse Shot’s Leo Goldsmith. “The ship looks vaguely alien,” says Slant Magazine’s Calum Marsh. I would go even further: aside, perhaps, from a few sequences in To the Wonder, Leviathan feels like the only movie of the year that was directed by an alien. Even in the moments of thundering poetry—the seagulls flocking through the air, the blood draining off the side of the boat, the camera always pushing, plunging, flying, squirming—there’s something inhuman about the camera-eye of this film. An unshakable experience, it could’ve been made by the devil that haunts Carlos Reygadas’s Post Tenebras Lux.

Needless to say, Wiseman’s four-hour film is a thorough, exhausting, astonishingly comprehensive picture of an American institution. Over the course of its runtime, however, the movie also accumulates smaller, more microscopic truths: among many other things, At Berkeley is a film about what people look like when they’re listening to other people speak at length. The shrewd, judicious editing makes room for these small gestures: the way people’s eyes move, their fidgeting patterns, their fluctuating attention spans.

On their own, the first three sequences of Kiarostami’s Certified Copy follow-up—the long conversation in the Tokyo bar, the infinite-voicemail nighttime cab ride, the initial meeting between Rin Takanashi and Tadashi Okuno—comprise some of the best pure filmmaking of the year. The chemistry between what’s on-screen and the space and sound that’s lurking just beyond the frame is irresistibly playful and, often (as in the cab sequence), profoundly sad. Far from diluting his auteur value, Kiarostami’s ventures outside his native Iran have solidified the universal resonance of his thematic interests and inimitable formalism.

A textbook object lesson in how to use cinematic tools to build a world: the tracking shot of Paul Giamatti’s salesman, which gives us the details of this heartless industry; the long take of the noose around Chiwetel Ejiofor’s neck, his feet grasping at the ground, an image that’s more about the unresponsive people in the background; the all–too–rare–these-days two-shots, which give the actors the freedom and breath necessary to play with the exquisite language of John Ridley’s adapted screenplay. In addition to the crushing closing scene, the humanity of the thing is contained within the two unbeatable close-ups: (1) Ejiofor, finally going against his rigid, freeman code, breaking down into song; (2) Ejiofor looking into the off-screen distance, searching, waiting, until, in a swift instant, he locks eyes with us.

The most unexpected thing here isn’t necessarily the comedy, but the fact that Scorsese has mounted this bouncing-off-the-walls material with such clinical straightforwardness: Ignatiy Vishnevetsky isn’t wrong when he says “the movie is less decadent style-wise than any of Scorsese’s recent work.” Though there’s the occasional formal flourish (this is a Martin Scorsese picture, and that post-bachelor party aerial tracking shot is a stunner), pretty much any frame in Shutter Island (another great late-period work) is executed with more technical noise and digitally-assisted brio than what we get in Wolf. This movie is cold, hard, clear, relentless, and systematic, which both makes the comedy sing (a plastered DiCaprio getting into that car is smartly filmed at a distance rather than via fast cutting or sweaty close-ups) and helps augment the significance of the moments in which the filthy debauchery is undeniable (the woman’s head being shaved in the office, DiCaprio slugging Margot Robbie to unleash his hidden stash of cocaine, the perfect, Touch of Sin-like final shot).

2. To the Wonder (Terrence Malick)

The incalculable sorrow conjured by To the Wonder is evinced in a four-word line scribbled by Darren Hughes: “Where’s all the shit?” That this is Malick’s first fully contemporary film isn’t just some vague piece of intrigue or juicy bit of trivia for auteurist die-hards—it’s the absolute essence of what makes the film impossible to dismiss. Malick and DP Emmanuel Lubezki’s view of the contemporary world (particularly, that of suburban America) is so foreign and alien that it’s hardly comparable to anything else, even despite the technique’s fervent similarity to that of the other films in Malick’s 2000s period. Olga Kurylenko (in one of the year’s most luminous performances), Ben Affleck, Rachel McAdams, Javier Bardem—to see these people roam around in 1950s Texas or in The New World would be one thing (a poetic revision of history/memory, an aesthetic rendering of a bygone era, etc.); to see them do it in Oklahoma in 2012, in empty houses and barren streets, is strange, paranormal, beautiful, kind of fucked-up, and definitely unforgettable.

Take out True Grit, which I still haven’t come around to, and the recent run of the Coen brothers—No Country for Old Men, Burn After Reading, A Serious Man, Inside Llewyn Davis—is as spotless as anything in American narrative cinema right now. The new film is an indelible portrait of an artist who’s both musically talented and professionally doomed. When Oscar Isaac sings “Hang Me, Oh Hang Me” in the opening scene, into the smoky residue of the Gaslight Café circa 1961, it’s a performance I’d pay good money to see in person. And yet, when Isaac’s later, equally moving rendition of “The Death of Queen Jane” is met with devastating financial skepticism by F. Murray Abraham’s Bud Grossman (“I don’t see a lot of money here”), we don’t bat an eye. That these two things—crystal-clear talent and terminal obscurity—are intertwined so flawlessly into Llewyn’s scenario is some kind of miracle of performance, tone, and worldview. The movie rejects easy nostalgia for the Greenwich Village folk-music scene and instead presents the trade as arduous, stark manual labor—an endless cycle of songs, deals, feuds, junkies, cargo, cats, cars, and couches.