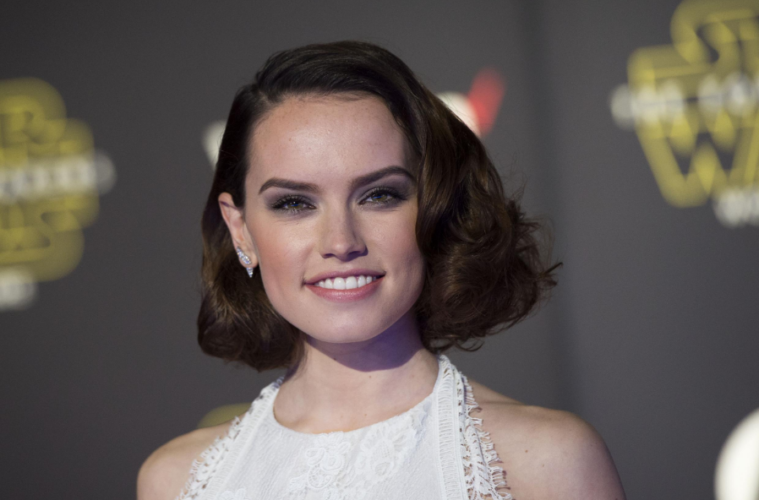 A popular trend for young, rising actors is to take on the YA novel franchise, and Star Wars: The Force Awakens star Daisy Ridley is following suit. According to Variety, the young star has joined Lionsgate for an adaptation of Chaos Walking, which is set in a world where all living things can hear each other’s thoughts. The novel are a — wait for it — trilogy, so clearly the studio wants this thing to take off, but the big question will be if Ridley can balance it with the demands of the Star Wars saga commitment. Despite this traditional choice, however, Ridley continues to mix her growing filmography palette with interesting choices, as she can be heard narrating a documentary on a young Mongolian eagle huntress soon, as well as starring in a reimagining of Hamlet from Ophelia’s perspective.

Next up, Josh Mond has plans to follow up his directorial debut James White with a graphic novel adaptation, Deadline reports. Teaming with 20th Century Fox, Mond will take on Who Is James Ellis?, a heady story about a man named Silas who comes to the shocking realization that a voice in his head — the titular James Ellis — is from a human-experimental program. This leads him on a quest to discover why he was a part of the program, all the while listening to the voice to stay alive. Jenno Topping and David Ready from Chernin Entertainment will produce. No writer is currently attached to the project — it is said to be out to some now — for the project which was originally set for Harry Potter-frequenter David Yates with a script by Seth Lochhead.

Lastly, a CGI/live-action hybrid of Peter Rabbit backed by Sony has found two cast members in Rose Byrne and James Corden, Variety reports. Byrne is still in talks to star in the adaptation directed by Easy A helmer Will Gluck, who is revising the final draft of a story with tracks laid by Rob Liefeld. Described as a “modern interpretation” of Beatrix Potter’s stories about an anthropomorphic, fully dressed rabbit versus a man and his garden, Gluck will co-produce the film along with Zareh Nalbandian of the aptly named Animal Logic Entertainment.