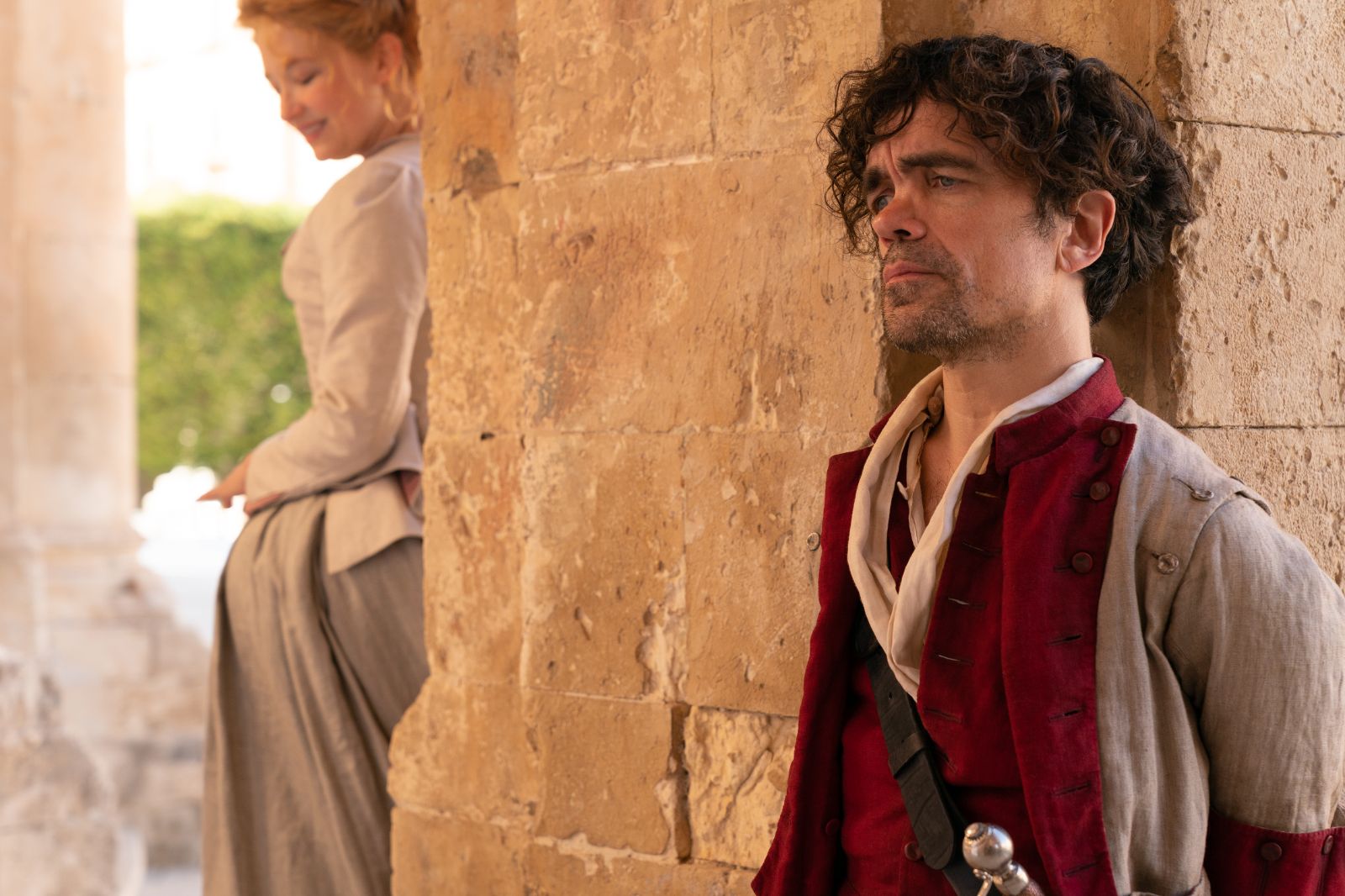 Ryusuke Hamaguchi, Hong Sangsoo, Zack Snyder, and Edgar Wright aren’t the only directors with two films arriving this year. Joe Wright, whose delayed drama The Woman in the Window finally dropped on Netflix this past summer, shot a new film during the pandemic and it’s now arriving at the tail end of 2021. Cyrano, an adaptation of the stage musical by Erica Schmidt (which itself was based on the classic 1897 play Cyrano de Bergerac), stars Peter Dinklage, Haley Bennett, Kelvin Harrison Jr., Ben Mendelsohn, and Bashir Salahuddin.

With music by The National team of Aaron and Bryce Dessner, along with lyrics by Matt Berninger and Carin Besser, Cyrano centers on a love triangle between a French Army officer named Cyrano (Dinklage), a beautiful woman named Roxanne (Bennett), and a handsome new cadet named Christian (Harrison Jr.). Cyrano is deeply in love with Roxanne, but, because of his physical appearance, assumes she would never love him back. So when she confides in him that she is in love with Christian, Cyrano, an accomplished wordsmith, helps Christian woo her by writing letters for him to send to her.

Following a Telluride premiere, see the trailer below.