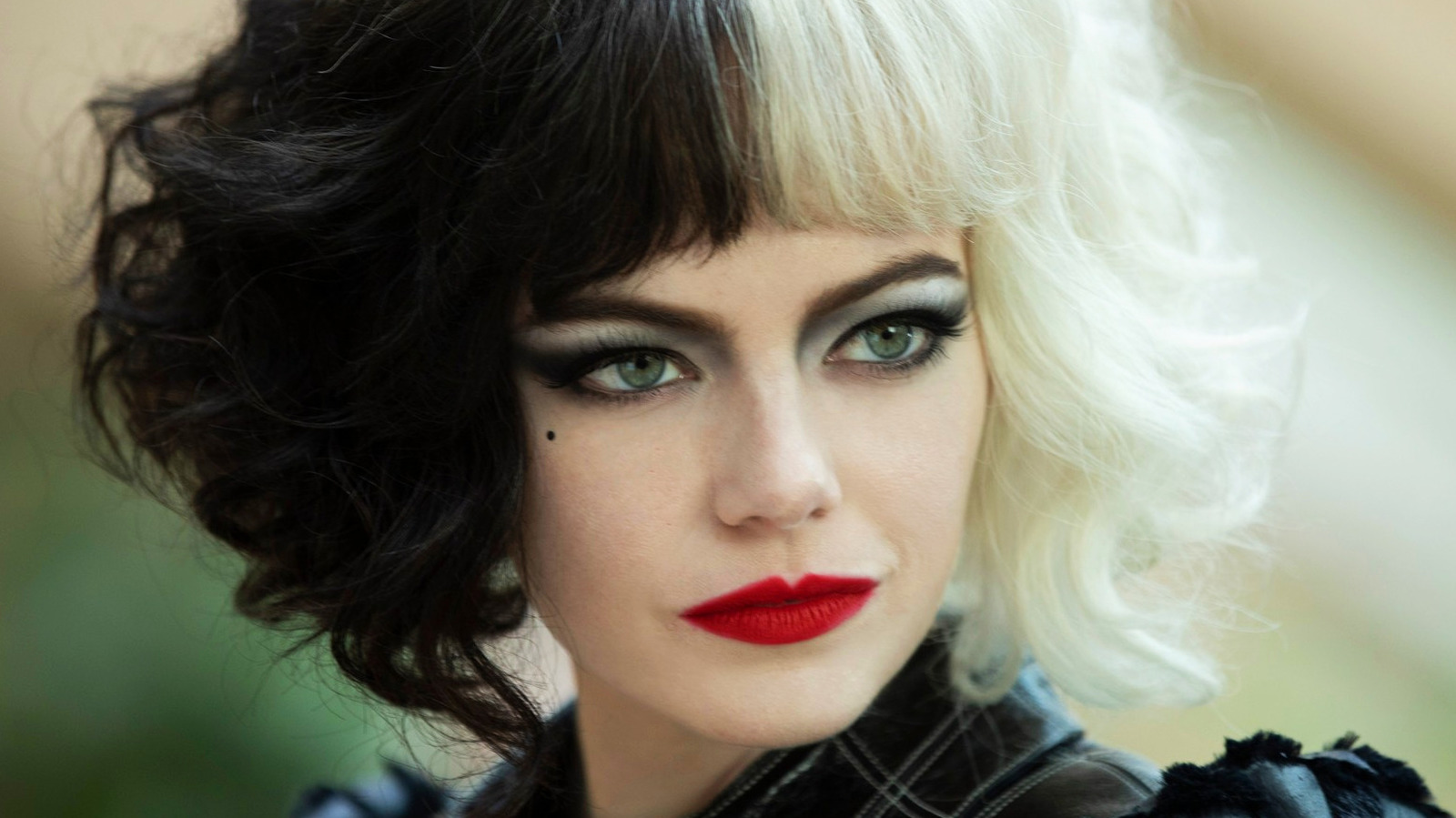 It’s true of most Disney films that the villain is the most memorable character, and often—like with Ursula in The Little Mermaid—the most beautifully drawn, as if even the animators enjoyed their company more. In no case is this more true than in 1961’s One Hundred and One Dalmatians. Outfitted in a huge mink coat lined with blood-red silk and with acid green cigarette smoke billowing around her, Cruella De Vil is more charismatic and entertaining than the upstanding protagonists (and this includes the dogs).

It’s probably inevitable in the current climate—where every thread of plot from Disney’s intellectual property is spun into a standalone project—that Cruella De Vil would get an origin story, one that explains how someone could be callous enough to murder puppies for a coat. But Cruella goes to great lengths to make the villain sympathetic on her journey from a Dickensian childhood, through menial jobs scrubbing floors in a department store, and finally to a famed fashion house lead by the Duchesse (Emma Thompson). Cruella’s real name is Estella (Emma Stone), and her vengeful and extravagant counterpart is an alternate personality that has to be repressed. When Cruella is inevitably unleashed, Estella gets to fulfill her potential, outshining the Duchesse in the fashion world with a series of show-stopping appearances. Her punkish verve (she arrives at a red carpet by being dumped out of a garbage truck) makes her an overnight sensation. These scenes are clever and amusing, but they give the middle of the film an oddly episodic structure; each montage is essentially identical and soundtracked by an eye-rollingly on-the-nose music cue (The Stooges’ “Now I Wanna Be Your Dog,” Nancy Sinatra’s “These Boots Were Made for Walking,” Blondie’s “One Way Or another” to name, truly, just a few).

While none of the new Cruella’s outfits are as memorable as the original animated mink coat or Glenn Close’s Tim Burton-esque looks in 1996’s 101 Dalmatians, costume designer Jenny Beavan was wise to try a different approach. But the new looks are a slightly muddled blend of punk, glam rock, and goth (maybe this is because the costumes are homages to legendary British fashion designers; the deconstructed vamps, princesses, and pirates of Alexander McQueen, John Galliano, and Vivienne Westwood).

The film’s setting is also confusing; the action ostensibly takes place in the 1970s but is full of distractingly modern notes, cardboard take-out containers, power naps, and fashion trends that are better suited for the mid-80s. And worse are the jokes that reek of contemporary, Whedonesque comedy, and the gestures towards woke culture—namely through Artie (John McCrea), Disney’s supposedly first out gay character who is only “out” inasmuch as he dresses like David Bowie.

Predictably, this Cruella is never really allowed to be bad, only a little inconsiderate, and instead, the characters’ sociopathic tendencies are ascribed to the Duchesse who is, due to a slightly bored performance by Thompson, one of the most underwhelming villains in memory. The attempt to humanize Cruella neuters what made her so entertaining (even her bloodlust for Dalmatians is sympathetic; the breed caused her mother’s death). In the spirit of our era, her fashion fanaticism is pitched as self-expression; her cartoonish vanity is simply self-acceptance.

There’s a moment when Cruella sits next to a TV playing Hitchcock’s Lifeboat. That film’s star, theatre actress Tallulah Bankhead, cackles in a close-up. Bankhead (who Elia Kazan described in his memoir as “a witty, entertaining bitch”) was the inspiration for De Vil’s voice and mannerism in the 1961 animated film, and it’s an unfortunate comparison to this declawed vision of Cruella. While Emma Stone approaches her role with some relish, she just isn’t convincing as, well, a bitch.

Cruella arrives in theaters and on Disney+ Premier Access on May 28.