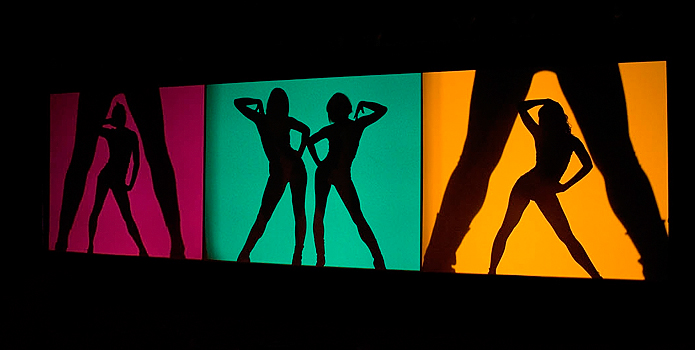 Frederick Wiseman will cross the 82-year-old mark next year and the man is still churning out documentaries. After delivering two the best in the genre with his debut Titticut Follies and the follow-up High School, he continues with career that has produced over forty films. His latest, Boxing Gym, premiered at Cannes, Toronto and New York Film Festivals last year, and he already has another one.

Crazy Horse will premiere at the Toronto International Film Festival in a few weeks, as well as Venice, NYFF and London, and we have the first NSFW trailer. The documentary marks Wiseman’s first foray into shooting digitally after a life of 16mm. It takes a look at Le Crazy Horse de Paris, “a landmark that has prided itself as the best nude dancing show in the world since 1951.” It appears as though the dedicated choreographer Philippe Decouflé will be the main focus as he pulls together his latest show, Désir. Check it out below from Allocine (via The Playlist).

Update: The US trailer has arrived. Check it out below.

Documentary master Frederick Wiseman (La Danse, Boxing Gym) spent ten weeks exploring the legendary Parisian cabaret club Crazy Horse, which boasts the greatest and most chic nude dancing in the world. Founded in 1951, the club has become a Parisian nightlife “must” for any visitor, ranking alongside the Eiffel tower and the Louvre. Wiseman‟s impeccable eye allows us to enter into this intriguing international temple of the Parisian club world and to discover what makes the Crazy Horse tick: elegance, perfectionism and a grueling schedule. The film follows the rehearsals, backstage preparations and performances for a new show, Désirs.

CRAZY HORSE opens in New York City at the Film Forum on January 18th, followed by a national release with dates already confirmed in his hometown, Boston, as well as Los Angeles, Seattle, Chicago, DC, Portland, Minneapolis, Hartford, San Diego and many others. For a complete list of bookings, visit the Facebook page.

Are you a Wiseman fan? What do you think about he subject of his latest documentary?