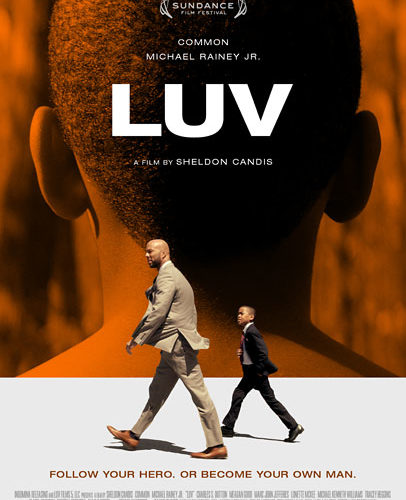 Common Searches For ‘LUV’ In First Trailer For His Sundance Drama

After finding success in the hip-hop landscape, Common has dabbled in Hollywood with films like Smokin’ Aces, Terminator Salvation, American Gangster and Date Night, but now he’s finally been handed a promising leading role. The actor debuted the drama LUV at Sundance earlier this year and now we’ve get a trailer ahead of its fall release.

Directed by Sheldon Candis, the drama follows a young boy Michael Rainey Jr. and his uncle, played by Common, as they have what looks to be a dangerous afternoon filled with gunplay and car rides. It actually looks like a pretty tense coming-of-age film and along with The Wire‘s Michael Kenneth Williams, 24‘s Dennis Haysbert and Charles S. Dutton, Danny Glover, Meagan Good and Lonette McKee, we’ve got a great cast. Check out the trailer and poster below.

An 11-year-old boy gets a crash course in what it means to be a man when he spends a day with the uncle he idolizes in LUV, a poignant and gritty coming-of-age story featuring standout performances by Common, Danny Glover, Dennis Haysbert, Charles S. Dutton and newcomer Michael Rainey Jr. With his mother in rehab and his father out of the picture, young Woody Watson (Michael Rainey Jr.) lives with his grandmother (Lonette McKee) in suburban Baltimore and longs for his family to be reunited. His charismatic Uncle Vincent (Common) has recently returned home after eight years in prison, determined to straighten out his life by opening a high-end crab shack that will establish him as a solid citizen with a legitimate future. Soon Vincent finds himself pulled back into the violent world he is trying to escape- and Woody has to decide whether to follow his hero- or become his own man.