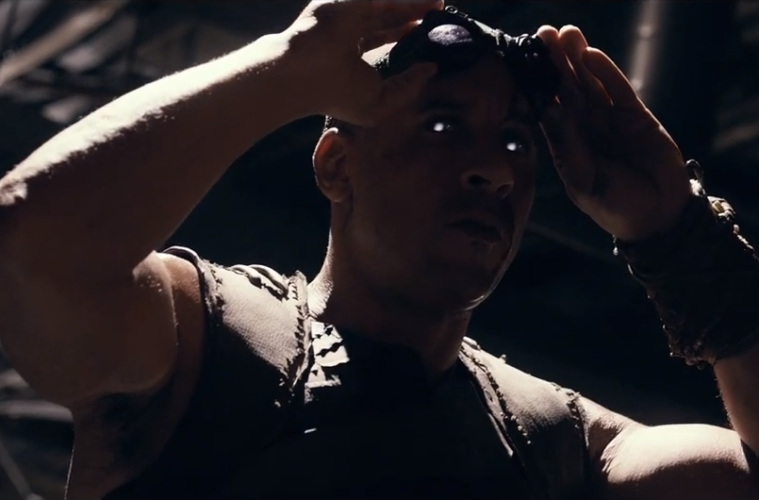 At today’s Comic-Con panel, Universal Studios unveiled new trailers for Kick-Ass 2 and Riddick, a pair of previews that are sure to get more play in a single ballroom than as attached to R.I.P.D. this entire weekend. While the latter reveals less than some earlier bits of marketing, the former is given an all-out exposé, such a veracity of beat-by-beat coverage validating just how little I’d care to see it in the first place.

Whereas Riddick, cheesy though it may be, shows visual imagination and imagined sci-fi worlds — hello, David Twohy! — Kick-Ass 2 has the veneer of an MTV Movie Awards skit taken way too far, be it the dirt-cheap aesthetic or lame, groan-inducing gags. Do people in Hall H think this junk is worth cheering for? At least the other movie lets Vin Diesel have a good time.

The first trailer can be found below:

Kick-Ass, Hit Girl and Red Mist return for the follow-up to 2010’s irreverent global hit: Kick-Ass 2. After Kick-Ass’ (Aaron Taylor-Johnson) insane bravery inspires a new wave of self-made masked crusaders, led by the badass Colonel Stars and Stripes (Jim Carrey), our hero joins them on patrol. When these amateur superheroes are hunted down by Red Mist (Christopher Mintz-Plasse)—reborn as The Mother F%&*^r—only the blade-wielding Hit Girl (Chloë Grace Moretz) can prevent their annihilation.

Here’s the preview for Riddick:

The film will open on September 6.

What do you make of these previews? Which film are you looking forward to more?