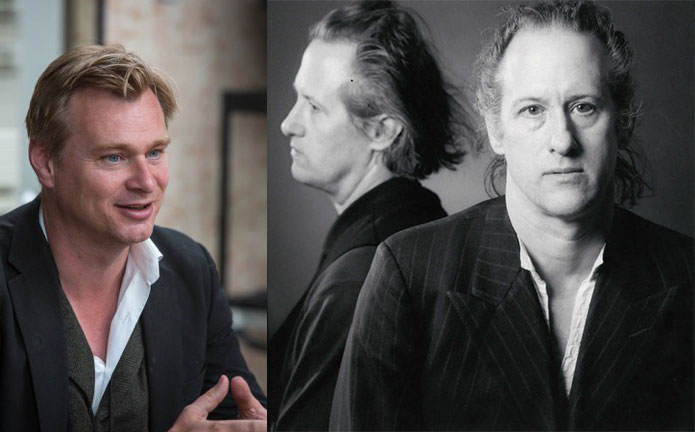 Following up Interstellar, Christopher Nolan is hard at work on the screenplay for his next feature film and while we don’t have any details on that project yet, in the interim he has paid tribute to some of his favorite filmmakers with a new documentary. We learned earlier this year that the director’s company Syncopy had teamed with Zeitgeist films to will help release Quay Brothers films on Blu-ray and now their restoration work can be seen this summer, along with a surprise.

New York City’s cinephile haven Film Forum have announced that three films from stop motion animators Stephen and Timothy Quay – In Absentia, The Comb, and Street of Crocodiles — will screen in new 35mm prints beginning on August 19th, curated by Nolan. The program also includes a documentary directed by the Inception helmer simply titled Quay, which reveals “the inner workings of the Brothers’ studio.” Along with the Quay brothers, Nolan will also be on hand for the opening evening’s screenings for a post-film discussion.

As for when those outside of New York City will be able to see the films, Zeitgeist has a list of playdates on their official site, and a Blu-ray of the shorts, including Nolan’s short, will be available on October 20th, 2015. In the meantime, if you have yet to see the stunningly detailed work of the U.S.-born, London-based Brothers Quay, check out a playlist below of some of their films, including their feature-length Institute Benjamenta. As we applaud Nolan for using his directorial influence to get more eyes on this fantastic body of work, we’ve also included an interview we captured a few years back during a MoMA exhibition, along with a stop by the Criterion closet, preceded by an official description of the series.

American identical twins working in London, stop motion animators Stephen and Timothy Quay (born 1947 in Norristown, Pennsylvania) find their inspiration in Eastern European literature and classical music and art, their work distinguished by its dark humor and an uncanny feeling for color and texture. Masters of miniaturization, they turn their tiny sets into unforgettable worlds suggestive of long-repressed childhood dreams. These three Quay masterworks, selected by director Christopher Nolan, feature broken pencils and lead shavings in IN ABSENTIA (2000; “a dazzling piece of work” – The Guardian); a porcelain doll’s explorations of a dreamer’s imagination in THE COMB (1991; “most beautiful of their recent films” – The New Yorker); and the nightmarish netherworld of STREET OF CROCODILES (1986; “their crowning achievement” – Film Comment); and for the first time ever, QUAY (2015), Nolan’s new short film revealing the inner workings of the Brothers’ studio. All four films in 35mm.

Are you a fan of the Brothers Quay?