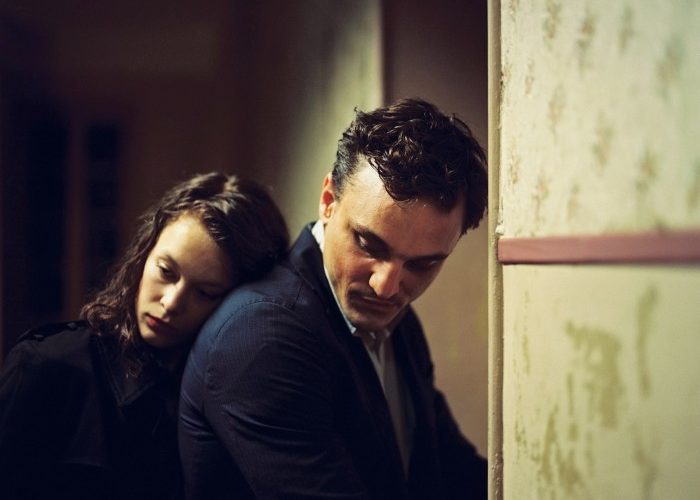 Christian Petzold on ‘Transit,’ the Refugee Crisis, ‘The Sopranos,’ and Cinematic Rules

Barbara and Phoenix director Christian Petzold returned to Berlinale this year with Transit, without regular muse Nina Hoss for the first time since 2005’s Ghosts. Rather, the drama centers on Georg (Franz Rogowski), an escapee of a concentration camp who flees Paris just as the Nazis march in as the film depicts his few weeks in the French port city of Marseille before his final trip out of the continent. Despite the film taking place during the era of the Second World War, Petzold boldly decides to ignore the historical setting, costume- and production-wise, rather having the feel of the present day.

“Local boy Christian Petzold’s audacious retelling of Anna Seghers’s World War II-set novel about refugees escaping Nazi-controlled France is a strange, beguiling creation that will be hard to beat in the competition line-up, and ranks as a rare period piece that utterly gets under the skin of contemporary concerns,” Ed Frankl said in his review. “It’s an engrossing, uncanny and somewhat disturbing film, and completes something of a trio of historical melodramas after Barbara and his worldwide hit Phoenix, but develops the themes of those in an adventurous, if oblique, way.”

We spoke to the director below about commenting on the refugee crisis without making it the message, why he doesn’t deceive his audiences, the brilliance of The Sopranos, Harun Farocki, and more.

This film is dedicated to the late Harun Farocki with whom you’ve collaborated on many films over the years. By staging the WWII story in the present and not in the past, it feels like you’re taking a leaf out of his book. Do you think this is something he would have suggested?

It was my decision to shoot the film that way. And now I will tell you a story that might seem a bit corny, but I actually went to the grave of Harun and placed a tiny twig on it. I said to myself, if it falls to the left, then I won’t do it this way, if it falls to the right, I will–then, of course, I gave it a little push to the right.

I had actually never planned to make this movie together with Harun because the book, the novel by Anna Seghers, had been a reference for almost all the projects we ever did together. It was a constant reference.

If the book has been a constant reference, why are you only adapting it now?

By reference I mean Harun and I had a couple of fixed rules, the basic laws of our collaboration so to speak. One of which was that in our projects all characters must always be in transit, moving from place to place. As with the work of Gilles Deleuze, it’s always about becoming and never about being. Also, we always tried to tell two different stories in a film that counterbalanced each other. One year before Harun’s death, we decided to give it a go and try to turn this novel into a film. We wrote a first treatment which was a period piece. Then the World Cup happened and Germany became the soccer world champion. A week later Harun died. But during those seven days, I told him that after Phoenix I didn’t feel like making another historical movie. So we decided to put the project on hold.

How do you go about adapting a book you love for the big screen?

Hitchcock famously said one can only adapt bad books. An absolutely correct observation in my opinion. The books that I love–Goethe’s Elective Affinities, Faulkner’s The Sound and the Fury or books by Hemingway–I would never try to turn them into films. Transit is not just one of the greatest works of world literature, it’s also one of my favorites. It would have been absurd for me to make a direct screen adaptation. The only thing I could try is to make a film based upon my love and passion for the book, my own reading of the book. That would be something I could do.

And I brought a second book into the project–going back to that rule about counterbalance shared by Harun and me–Georg K. Glaser’s autobiography Secret and Violence. This is the second component of the film, which is also why the protagonist’s name is Georg. His journey by train and arrival in Marseille, that’s taken from Glaser’s book and not from Seghers’. I used this story of a pickpocket who changes over time and combined it with the love story and the visa story in Seghers’ novel.

The movie has a strong literary feeling to it. There’s a voice-over that narrates the story like it’s writing it. Would it be fair to say the film plays out like a novel?

That would be totally right. Harun and I have always had a rule about never using voice-over. There are a couple of voice-over films that I love: Truffaut’s Jules and Jim, for example. Anna Seghers’ book is written in the first person, and I find a first-person voice-over in a movie almost always cons the audience. Fight Club, The Usual Suspects, etc. The narrator is screwing with us, he deceives us. And I don’t like that. I’m a disciple of Hitchcock. I don’t con the audience. In Hitchcock’s films, the viewer would shout to the characters “Don’t do it!” because they know more about what’s going on than the characters themselves, and the suspense comes from that. Audience deception is an established approach to filmmaking, but I don’t subscribe to that.

At the same time, I don’t like it when the voice-over seems to be above everything else and in a God-like position as if it could–like the author–do anything it pleases to the characters. That’s why I decided to have the story narrated by the barkeeper in the third person. He doesn’t con us so much as he tells the story like a bad witness would. For example, he says “Then they kissed” when in reality they did not kiss at all. He remembers things incorrectly, but by doing so he himself becomes part of the narrative. That was my idea–to also show the narrator’s longing and desires.

Why did you go with the song by Talking Heads in the end credits? Atmospherically speaking, it’s not the most obvious choice.

I must make another confession. Before I went with the Talking Heads song, I didn’t know exactly how I should end the film. One day, I remembered the wonderful ending of The Sopranos, my favorite TV show. Tony Sopranos’ daughter enters a restaurant. You see a shot of her and expect a reverse shot of her father. Instead, we get blackness. Which could symbolize death or the void, but it could also symbolize the constant transit of this family that never arrived.

I told the actors and the crew about this and they found it a great idea. So I have this image of darkness at the end for about seven, eight seconds. And I thought, there has to be something else that comes to the rescue of all these people, these refugees. This led me to gospel music and the song by Talking Heads, which starts off like a gospel song. Gospel music picks us up and tells us we’re all on this road to nowhere but it’s ok. Maybe we’re better off believing that there’s no ending, no such place as homeland, realizing that we’re always in transit and it’s not such a bad thing at all. That was the idea behind the song choice.

I told the producers about this as we shot the scene where Georg finds out [something about Marie’s ship]. On that day I heard this song and played it for the cast and crew. Everyone said, “This is THE song!” So I called up the producer and he said “Are you crazy? This would cost us 45,000 Euros!” I promised to cut one scheduled day of shooting and he said that’s not gonna cut it. But eventually I was able to convince him. He’s a musician himself, and when he heard the song, he admitted: “You’re right.”

Is this a divorce from Nina Hoss or just a temporary separation?

There was a press day during our shoot in Marseille, and many journalists from Libération, Le Monde and other outlets dropped by. They asked me the same question when they couldn’t find Nina Hoss anywhere. She’s obviously well known in France. We just had a joint retrospective at the Centre Pompidou in December. And because Paula Beer is also famous in France after starring in François Ozon’s Frantz, they asked me if Paula Beer is the new Nina Hoss. I was made a bit uneasy by the question, which implied that I went for someone younger when my actress grew older, Weinstein-style. I found it unfair to me, to Nina and to Paula. So I said “No, Franz Rogowski is the new Nina Hoss.” and got myself out of the situation.

But obviously, the question wasn’t entirely baseless. The fact is, on this project, there’s no suitable part for Nina–and unfortunately there is none on the next one either–but this is not a divorce. We will certainly work together again. With Transit my focus is on young people who don’t know who they are yet and who must grow up in the most painful way. Whereas Nina, with whom I’ve made six films already, is someone with a full-fledged identity, and not like the two main characters in this film who are still searching for theirs.

This is a timely film considering the current refugee crisis Europe is facing. Are you consciously contributing to the debate with this film?

In Germany we have the Basic Law with an asylum clause which grants asylum to anyone who’s fleeing persecution for their political beliefs, religion, sexual orientation, etc. It’s a responsibility that we as German must assume because of our history. Said history is the history of Anna Seghers and it includes the experiences of German immigrants and refugees who were rejected by just about every nation besides–to a limited degree–Mexico, Turkey, and China I believe. Such experiences were the basis for the asylum clause. Now we have refugees seeking asylum in Europe and–I don’t know about France, Poland or other countries–but in Germany, we just did away with the asylum clause. At a time when it is needed, we destroy it.

At the same time, we’re seeing a rise of the very same vernacular and rhetoric that led to disasters in the 1940’s like “nations,” “borders,” “identity,” or “we cannot afford to accept every person in this world into our country,” “we’re not the welfare office of the whole world,” etc. This kind of discussion is present in Transit without it being the message. I’m confident enough about the movie to let it to speak for itself on these subjects.