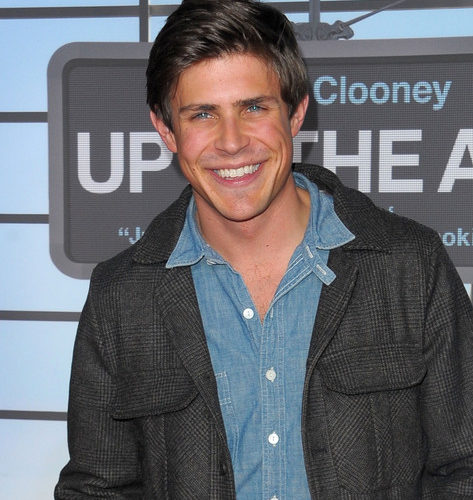 Chris Lowell, best known for his work in The Help and on Private Practice, is now poised to make his directorial debut with the independent dramatic film, Beside Still Waters. [Variety]

The film will star Ryan Eggold (90210) as a young man who has recently lost his parents and is now faced with the prospect of losing the home of his youth. He decides to invite his high school friends to his house for one more celebration, in the hopes of retaining his childhood friendships and wooing his ex-girlfriend.

Beside Still Waters c0-stars Beck Bennett, Will Brill, Brett Dalton, Erin Darke, Jessy Hodges, Britt Lower, and Reid Scott. Lowell will direct off a script co-written with Mohit Narang. Lowell and Narang will also produce with Steven Gorel, while Jason Potash and Paul Finkel will co-produce through Storyboard Entertainment. The film is set to start shooting in Michigan next week.

Though I’m less than impressed with shows like 90210, Eggold proved he could act when I saw his stint as a drag queen in the short Queen. I would love to see him take on some more leading roles, even if this isn’t quite the film I’d want to go see — so far, it seems like fairly soft material. But given that this is Lowell’s first time directing and writing — and there’s still very little information available on the project — I think I’ll keep my mind open and see if they manage to surprise me when a trailer becomes available.

Have you liked Lowell’s onscreen work? Is there any curiosity about seeing him helm?