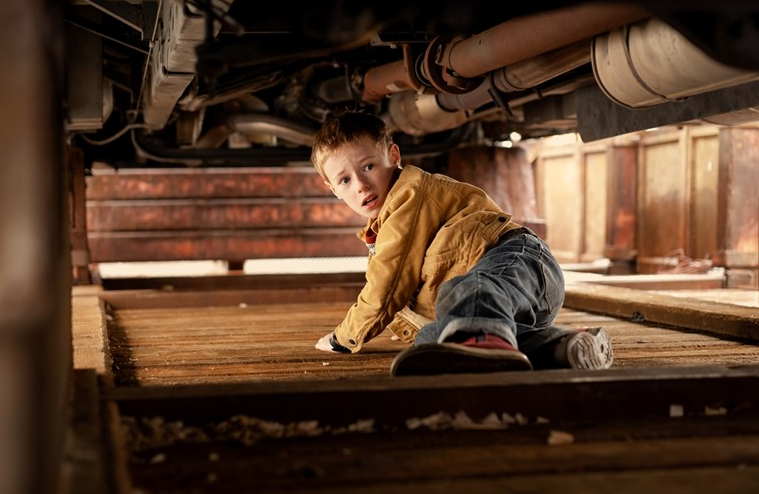 Now that The Weinstein Company have finally set two long-delayed acquisitions for U.S. releases — The Immigrant on May 16th and Snowpiercer on June 27th — eyes are peeled for when they’ll mark the latest work from Jean-Pierre Jeunet down on the calendar. The Young and Prodigious Spivet marks the inventive director’s first foray into the world of 3D, and today brings a new trailer from the U.K.

While it follows a similar structure to our past previews, we get a little more of the story, which follows a boy, T. S. Spivet (Kyle Catlett), who travels from his country home in Montana to the Smithsonian on what looks like to be a charming adventure. This seems like an ideal summer film, so hopefully Harvey Weinstein makes a move so we’ll see it sooner rather than later. Check it out below for the film also starring Helena Bonham Carter, Kathy Bates, and Callum Keith Rennie.

Young T. S. Spivet (Kyle Catlett) lives on a Montana ranch with his mother (a beetle-obsessive), father (a wannabe cowboy) and his 14-year-old, pageant-obsessed sister. His brother Layton died in an accident in the family’s barn; T. S. was with him, but doesn’t recall what happened.

A prodigy, T. S. has a passion for maps and scientific inventions, and one day gets a call from the Smithsonian Museum to say that he has won the prestigious Baird prize for his discovery of the perpetual motion machine. Without telling anybody, he sets out on a freight train to journey across the US towards Washington, D. C.

The Young and Prodigious T.S. Spivet hits U.K. theaters on June 13th and is without a U.S. release date.