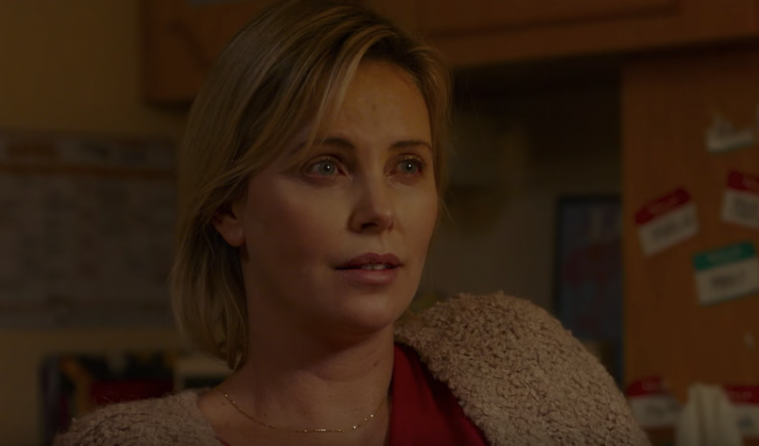 Last year at Sundance, before it became a cultural phenomenon, Get Out world premiered as the secret screening of the festival. This year, the slot was given to Tully, which marks a reunion for Jason Reitman, Diablo Cody, and Charlize Theron after Young Adult. Premering to a great deal of acclaim, which should be good news to the director after his last two features, Men, Women & Children and Labor Day, a new trailer has now arrived.

The dramedy tells the story of an overworked, exhausted mother of three who gets a night nanny courtesy of her brother, and their relationship blossoms. Looking to be another strong acting showcase for not only Theron, but Mackenze Davis (Black Mirror, Blade Runner 2049) as well, see the trailer below for the film also starring Mark Duplass and Ron Livingston.

A new comedy from Academy Award®-nominated director Jason Reitman (“Up in the Air”) and Academy Award®-winning screenwriter Diablo Cody (“Juno”). Marlo (Academy Award® winner Charlize Theron), a mother of three including a newborn, is gifted a night nanny by her brother (Mark Duplass). Hesitant to the extravagance at first, Marlo comes to form a unique bond with the thoughtful, surprising, and sometimes challenging young nanny named Tully (Mackenzie Davis).