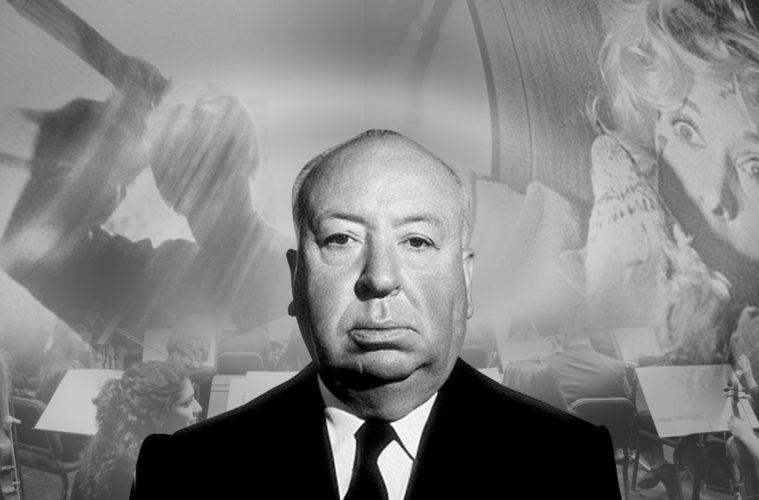 There’s never a bad time to spend an hour or two digesting more information about the work of Alfred Hitchcock, but the activity certainly takes on some added nostalgic value on the Master of Suspense’s birthday: born on August 13th, 1899, he would’ve turned 114 today. With that in mind, we’ve compiled a few documentaries and graphics to mark the occasion, all of which are insightful and entertaining. With one of the richest and most famous filmographies ever assembled, there’s always something new to be learned about the Hitchcock legacy.

First up is an hour-long documentary from Gary Leva, which Film.com alerted us to yesterday. Though the film’s submitted Vimeo title reads as Saul Bass – Title Champ, the movie is really a compilation of four short films, the first of which centers on Bass, the legendary title-sequence designer. The opening-credits excerpts from the likes of Otto Preminger’s The Man with the Golden Arm, Martin Scorsese’s Cape Fear and Casino, and Hitchcock’s own Vertigo and Psycho are alone worth a watch, but the segment benefits from testimonials from Hitchcock scholar David Sterritt, Pacific Rim director Guillermo del Toro, and, of course, film historian extraordinaire Scorsese.

Leva’s subsequent segments — which, like the Bass one, all clock in at around ten minutes — focus on other iconic Hitchcock collaborators: costume designer Edith Head, composer Bernard Herrmann, and Alma Reville, the director’s wife and muse. All in all, there are valuable perceptions to be found across the entire hour-long duration of the documentary, and the film’s glorifying treatment of Hitchcock’s main collaborators underscores an important point: that even the best directors are nothing without their closest creative partners.

Next up is a work that’s a bit quirkier and more playful: a fifty-minute film from Jonathan Ross that traces Hitchcock’s British roots. In this sense, Ross’s film is an appropriate bit of counter-programming to the previous one: whereas Leva’s film focuses mostly on Hitchcock’s Hollywood masterpieces, Ross makes it his goal to examine the work Hitchcock did before moving to the States. And this is no insignificant task: almost half of the director’s feature-length works were made in Britain, many of them silents and early talkies.

Ross, traversing through a snowy London, also delves into Hitchcock’s childhood and adolescence, outlining some of the director’s most famous stories, including a traumatic (and perhaps embellished) one involving a few police officers. The subject of Hitchcock’s growing up during World War I, and the impression that such an experience left on the burgeoning director, is, too, examined. Enjoy the rest of the discoveries by watching below, thanks to BFI:

And, finally, we have a clever graphic titled “Charting Hitchcock,” coming from The Guardian, which expounds on many of the recurring themes and obsessions found in the director’s body of work. For a director who made his name on returning to and refining parallel subject matter throughout his career, you can imagine how ripe his work is for such a pattern-based treatment.

How are you planning to honor the Master of Suspense’s birthday?