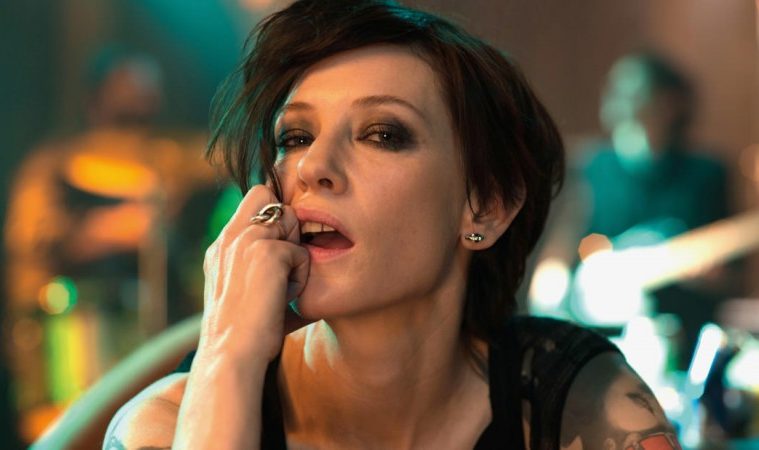 After an incredible last year giving a career-best performance in Todd Haynes’ Carol, Cate Blanchett‘s 2016 was a bit more subdued, popping up in two Terrence Malick projects, one in theaters and the other other on the festival circuit with just her voice. While she’ll be in another this year, along with her Marvel debut, Sundance brings what’s sure to be the biggest display of her acting range yet.

Manifesto, which debuted as a multi-screen art exhibition back in 2015, has been turned into feature film form by Julian Rosefeldt and features Blanchett taking thirteen (!) different roles. Ahead of the Sundance premiere, the first trailer has now arrived, which gives us a taste at the wide-ranging characters Blanchett inhabits here, kicking off with a homeless person and concluding with a punk. We’ll be mighty curious how this transition from art gallery to silver screen goes, so return for our review from Park City.

Tour-de-force: a term so overused that we need an undeniable acting performance to renew its meaning for cinema. Cate Blanchett has just given us one, going all-out in Manifesto. Already respected as one of the best actresses in film, Blanchett raises the bar even higher by playing 13 different roles in Manifesto, embodying some of the most influential and emotional artist manifestos in history.

The architect of this unique film idea is director Julian Rosefeldt, a veteran of intricate films and installations. In Manifesto, he uses the words from various twentieth century manifestos of artists, architects, and filmmakers for dialogue. With a gorgeous production and luscious cinematography that would make Baz Luhrmann proud, Rosefeldt puts Blanchett in the everyday world—as a housewife, a factory worker, or a TV anchor—declaring the words that have inspired whole art movements. Manifesto is entertaining while also asking us to question if these passionate statements still hold true and inspire us today.