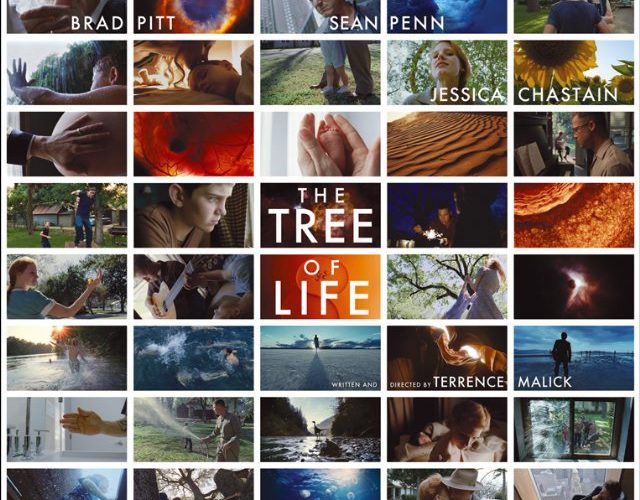 [Cannes Review] The Tree of Life Terrence Malick is one of the most interesting American directors working today, despite making only four films previous to his latest endeavor, The Tree of Life. Known for his lyrical and poetic visual style, Malick is renowned as the premiere American auteur with his own cinematic language, dedicating several years to perfecting each of his films, much like Stanley Kubrick. His latest film, which he has been working on for nearly five years, was expected to play at Cannes last year, and then to possibly release theatrically at the end of 2010, but it has now finally arrived. Malick has taken his unique visceral visuals to a whole new level of spirituality. By beginning with the creation of universe and ending with a bold statement about the afterlife, the filmmaker has crafted perhaps the most Malickian film ever, and one that will unfortunately distance audiences with it’s high art aesthetic. The Tree of Life is really much more of a poem than a coherent narrative. This fits with most of his previous films, Badlands aside, that tend to focus more on creating mood and atmosphere than building the blocks of a coherent story. The film opens with a quote from the Bible asking where you were when the stars and heavens were created. It then fills the dark void of the empty cinema screen with light, an object of pure divinity which very well could be interpreted as a divine being. From there on out, we are introduced to a family in 1950s Texas where a father, Mr. O’Brien, played with southern hospitality by Brad Pitt, and mother, Mrs. O’Brien, played by Jessica Chastain with love and tenderness, learn of the passing of one of their three sons. From this moment of loss, Malick plunges the audience into the genesis of creation, displaying spectacular special effects detailing the creation of the universe, then Earth and then the miracle of life itself.

These momentous events of beauty in nature are truly stunning and sumptuously shot by Emmanuel Lubezki, as much of the film is, with graceful glide-cam movements up trees and in barren deserts. From the ocean floor to the advent of dinosaurs, Malick wants you to simmer in the beauty and wonder of our world, despite sometimes feeling like he’s taking shots straight from the BBC documentary Planet Earth. Once the creation of the world has been completed, he settles back to Texas to the birth of Mr. O’Brien’s eldest son Jack (Hunter McCracken), who in many ways is our protagonist on a journey of life and death. The elder version of Jack, played with nothing but brooding stares from Sean Penn, reflects in the present day about his life as a child and ponders about his father and mother. From here on out, the film becomes even more disjointed in it’s progression as we bounce from scenes that feel like a collage of distant memories from Malick’s childhood. There’s not much point in trying to decipher the meaning of the narrative, as much as the sentiments Malick desires to illicit occur with the constant cross cutting of nature and life. He’s trying to paint a big picture of life’s greatest questions, things like what happens to us when we die and what happened to us before we existed. It’s hard to not applaud such ambition since it’s rarely seen in films today, and to his credit, Malick has single handily created a film that is more of an experience than a traditional movie. With echoes of 2001: A Space Odyssey and Andrei Tarkovsky‘s Nostalghia, you would think that Malick had hit a home run. However, the biggest issue with the film is that it loses much of it’s momentum after the first 30 minutes and is not able to clearly connect the dots between the family life in Texas with the grand oeuvre of the meaning behind our existence. As a deeply personal film and an ode to the beauty in our world, The Tree of Life can’t help but feeling like a disconnected roller coaster ride that will leave you visually stimulated but utterly perplexed. In many ways this is both the film’s greatest strength and greatest weakness.