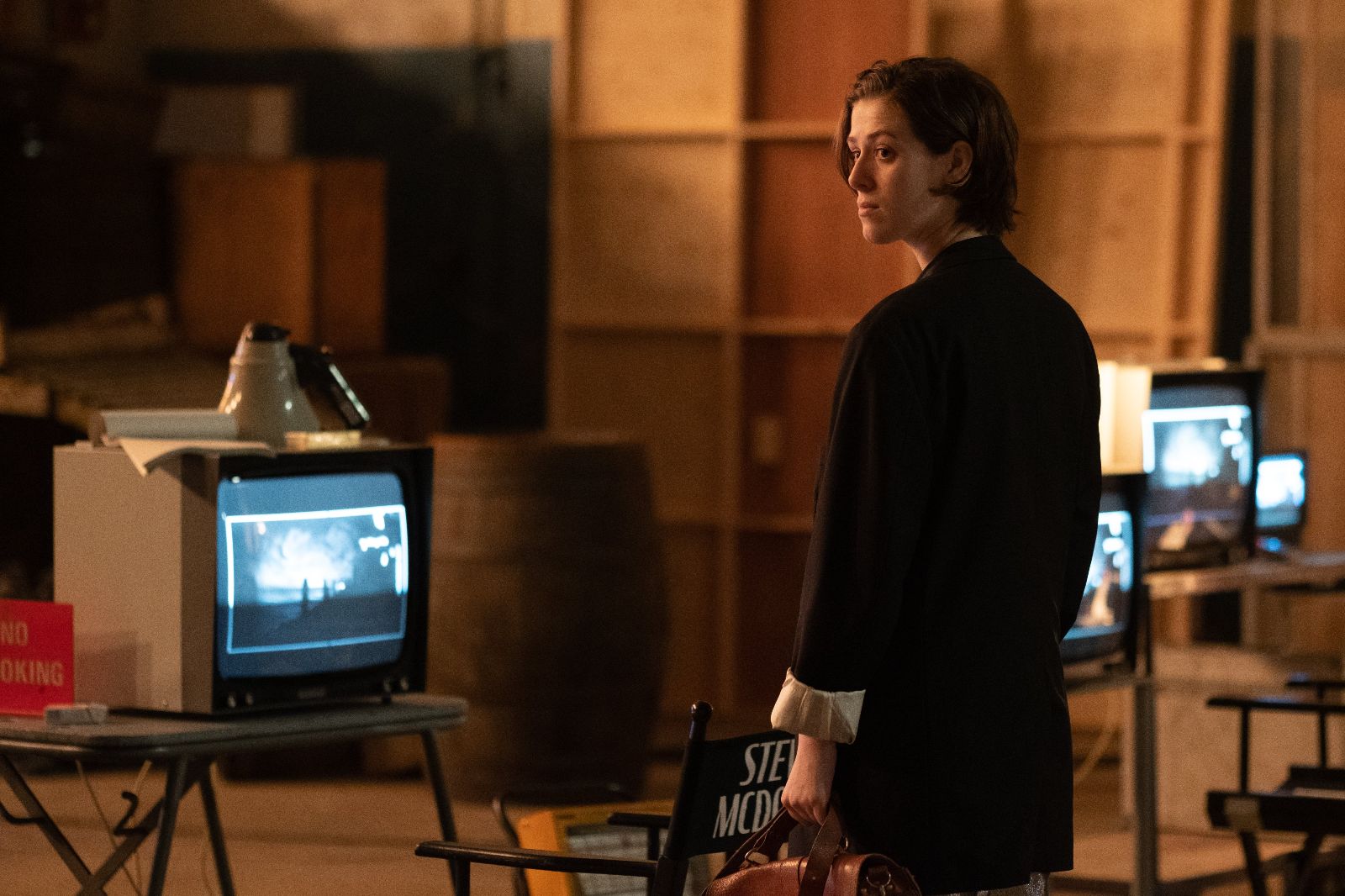 At the end of The Souvenir, Joanna Hogg filmed a film in the process of being made. She returns with The Souvenir Part II, a film all about filmmaking and its layered realities and projections. One of the best British directors to emerge this century, Hogg first made her name as a brilliant examiner of the British middle-classes, a fine-comber of their vagaries and mores. One of the most interesting things about her earlier films—Unrelated (2007), Archipelago (2010), and Exhibition (2013)—was the rigor with which she kept her distance: shooting from afar, fragments of conversations, few close-ups. For The Souvenir, a candid work of autofiction, she went the opposite direction and had her biggest success while also making her most conventional work.

The Souvenir Part II is anything but: a daring work of meta-filmmaking in which Hogg loops backwards to re-reexamine her own past (in some ways it is more a supplement than a standard sequel). It picks up almost directly where we left off: Julie is bed-bound in her family home, still in the early throes of grief, flanked by doting parents and dogs. Her heroin-addled lover Anthony (Tom Burke) is gone, leaving a chasm. The story follows Julie’s attempts to address that chasm by making her final university film a memorial to Anthony, against the advice of her well-meaning yet misguided professors. Its title: The Souvenir.

Aesthetically, Hogg carries on much the same: lush faded hues and faux-16mm imagery, a great pop soundtrack, and a host of returning bit players. (I was particularly happy Frankie Wilson got some screentime as her original flatmate, Frankie.) This project is, naturally, about the void people leave behind—a sense of loss accentuated in no small part by the void left by Burke himself, a larger-than-life actor. The director had originally cast Robert Pattinson as Julie’s new love interest but the star left due to scheduling conflicts. Hogg says she split that role in two, presumably 1) a pretty boy (Stranger Things‘ Charlie Heaton) with whom Julie has a messy one-nighter, and 2) the actor she casts to play Anthony in her film (Harris Dickinson). Yet that relationship remains platonic and, significantly, neither character is particularly memorable or occupies much time. Hogg also expands on Julie’s friendship with Patrick (a returning Richard Ayoade, this time with a lot more lines and extra cigarettes), who is filming a modern musical and becomes something of a mentor. The absence of that love interest also gives space to round out Julie’s relationships with her father (James Spencer Ashworth, a rose-cheeked delight) and mother (Tilda Swinton). Acting alongside her daughter, and giving a devastating masterclass in repressed emotion, the elder Swinton is once again the standout.

It is nothing if not uneven: the narrative arc of Julie’s artistic awakening feels a bit rehashed; and allusions to contemporaneous news stories look bolted-on, especially when compared with how thoughtfully its predecessor dealt with attitudes towards the “Troubles” in Northern Ireland. Yet it remains a confounding departure for Hogg, an experimental endeavor with hints of Charlie Kaufman and even distant echoes of ’90s Iranian cinema. Hogg shows Julie setting up and deconstructing scenes that are immediately recognizable from the previous outing; she also has Julie giving her actors notes on what she and Anthony were feeling at the time. Might Julie’s mind be blurring in this search for catharsis? At her graduation screening, it is not the actors that appear in the film but our lead character and Anthony themselves. It is a film at two removes. Kiarostami would have approved.

The Souvenir Part II premiered at the Cannes Film Festival.